ATLANTA, Georgia-- Playing in their first ever cup final, Minnesota United were unable to find a second half equalizer against a 10-man Atlanta United side, coming up just short, losing 2-1 at Mercedes-Benz Stadium. The hosts struck twice in the first 20 minutes of the game through a Chase Gasper own goal and a strike from Pity Martinez. The Loons answered directly after halftime when Robin Lod steered home a lovely weighted cross from Kevin Molino in the 47th minute to open his account for the club. After Atlanta’s Leandro Gonzalez Pirez was shown a second yellow card in the 74th minute, Minnesota United pushed for an equalizing goal in the final 20 minutes of the game. Coming painfully close to tying the game in the final moments of the game, Atlanta’s two early goals stood to win the 2019 Lamar Hunt U.S. Open Cup. 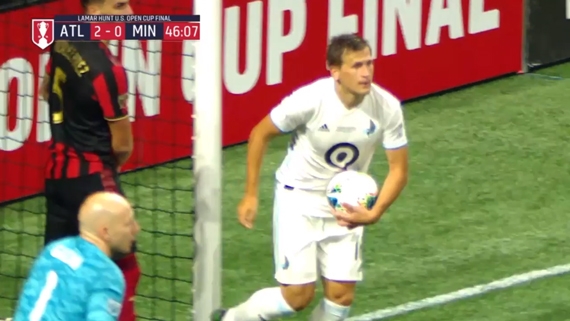 Cary, NC - Lynn Williams netted the only goal in the NC Courage’s 1-0 win over Reign FC to earn the NC Courage an important three points at home. Williams received an assist from Crystal Dunn in the 82nd minute to score in front of the largest NC Courage crowd this season.

NEW YORK – FC Barcelona announced that the entire first team, including Lionel Messi, will travel with the club to the United States for the inaugural LaLiga-Serie A Cup against Napoli. Messi will join Griezmann, Suarez, Coutinho, De Jong and the rest of the star-studded cast for a two-game series against Napoli, August 7th at Hard Rock Stadium in Miami Gardens, FL and August 10th at Michigan Stadium in Ann Arbor, Michigan. 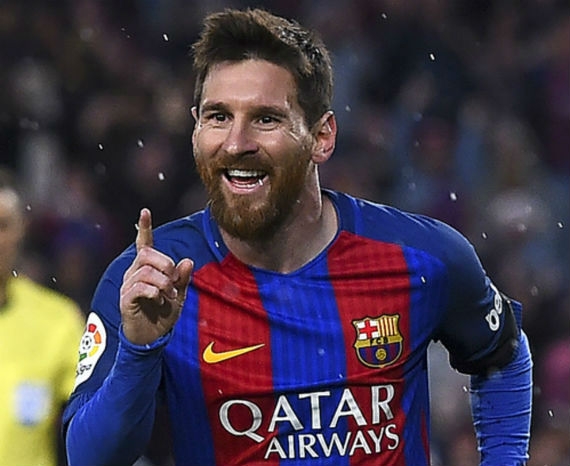 SAINT PAUL, Minn.  -- In the Quarterfinals of the Lamar Hunt U.S. Open Cup at Allianz Field on Wednesday night, Minnesota United met a New Mexico United squad with a reputation as giant killers. In just its first year in the USL Championship, the visitors had already knocked off MLS sides FC Dallas and Colorado Rapids on the way to this game, but the Loons would brook no upset on this night, putting up six goals to New Mexico's one and punching their ticket to the Semifinal — the furthest the team has ever advanced in the tournament.

Wagga Hunt Football Classic, for the Love of Football and Education

When the approximately 66 players, representing six teams, took to the Barbican Football Field on Saturday August 10, 2019 for the annual David “Wagga” Hunt Football Classic, it was to be more than just symbolic, the friendly rivalries was also for the love of football and education. The teams;  Harbour View FC, Molynes United FC, Kingston College and Calabar Pelicans FC and St. Georges Masters have all given freely of their time and talent in honour of this sport stalwart and humanitarian whose rich legacy continues to live on through the lives of the David “Wagga” Hunt Scholarship Recipients. 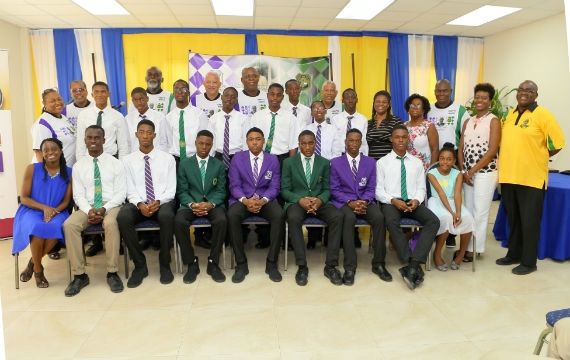 Kingston…The 11th Annual David “Wagga” Hunt Football Classic will take place on Saturday August 10, 2019 with three exciting match-ups that should have the Barbican Football Field humming with excitement.  At 2pm two of the titans of local football Harbour View FC and newly minted Premier League Club, Molynes United FC will take the field in what is widely expected to be a thriller. The feature match, between reigning Manning Cup Champion Kingston College and Calabar will square off at 5pm. KC came out on top in last year’s milestone 10th Anniversary event. In both instances, fans will get the chance to see (what could be considered) early season previews. In-between those two highly anticipated match-ups, will be the Masters’ match between Pelicans FC and St. George's Masters which starts at 3:30pm. 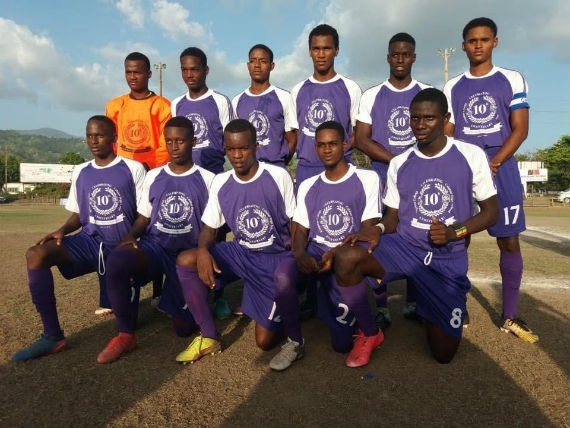 BRIDGETOWN, Barbados – Iconic former West Indies batsman Brian Lara says he has been cleared of anything serious after being admitted to a hospital in Mumbai with chest pains last month. 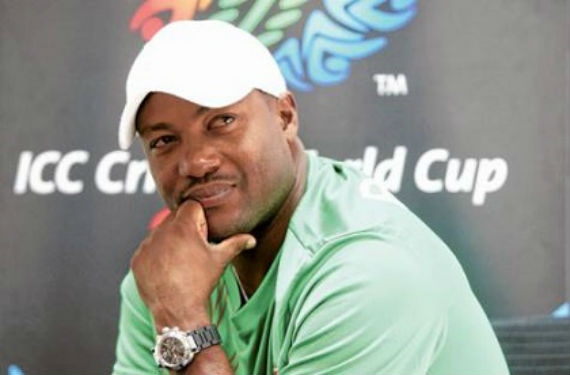 Cary, NC – Abby Dahlkemper, Crystal Dunn, Jessica McDonald and Samantha Mewis, who lifted the 2019 FIFA Women’s World Cup for the United States on July 7, will finally return to their home field August 15 when the North Carolina Courage take on Manchester City in the Women’s International Champions Cup at Sahlen’s Stadium at WakeMed Soccer Park at 7:30 p.m.

GOLDEN VALLEY, Minn. — Minnesota United and U.S. Soccer announced today that Allianz Field will host the 2019 FIFA Women’s World Cup champions in a game against Portugal on Tuesday, September 3 as part of the U.S. Women’s National Team Victory Tour presented by Allstate®. The game will be broadcast on ESPN 2 and the ESPN App at 7:00 p.m. CT.

West Indies player Carlos Brathwaite expresses disappointed after West Indies was beaten by India at last month’s Cricket World Cup in England. The loss eliminated the Caribbean representatives from the 50-overs competition in the first round of the 10-team tournament.

LAUDERHILL, Florida - Caribbean cricket ambassadors the West Indies slumped to two Twenty20 defeats in as many days against India earlier this month at the Broward County Stadium here. 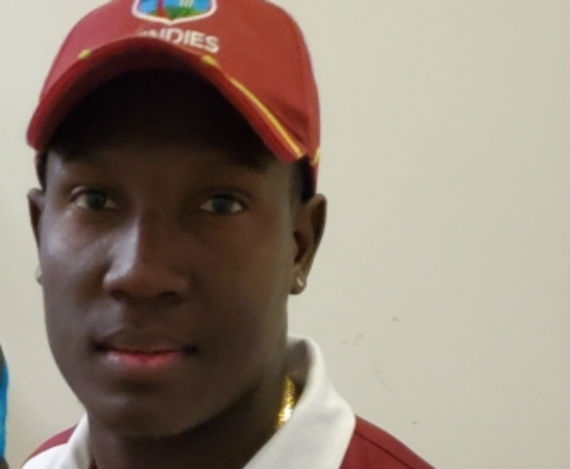 OTTAWA - Ottawa Fury FC midfielder Wal Fall was voted to the USL Championship Team of the Week bench for Week 19 of the 2019 season, the league announced Tuesday. Fall scored Ottawa’s lone goal on Sunday against two-time defending champions Louisville City FC, converting from the penalty spot, his sixth goal of the season, and recording three key passes, as well as winning 12 of 15 duels. 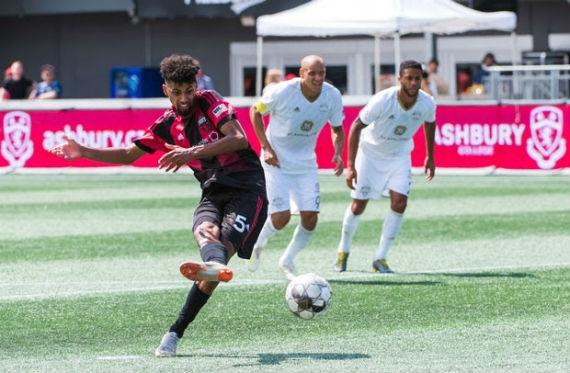