What Does Vice President-Elect Kamala Harris Mean to Black America?

President-Elect Joe Biden has created a new paradigm shift when he chose Vice President-Elect Kamala Harris, to be the most powerful women in Washington. Biden assembled a powerful group of women starting with his campaign manager Jen O’Malley-Dillion to lead the charge to become the 46th president of the United States. 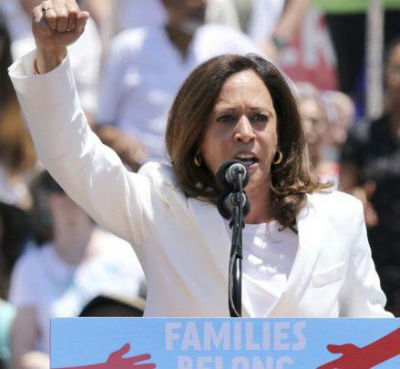 Based on exit polls conducted by Edison Research, voters were concerned about the economy, the pandemic, and equality. Biden successful bid relied on margins among young voters, non-white voters, college graduates, independents, and a Senator from California, Kamala Harris.

This bold decision from a 77 year old Ex-Vice President took courage, and resolves to prove to America that he believed in the power of Black women magic. In 2020 women rule, and the symbolic importance of Kamala Harris, the first female, first Black, and first India-American VP is undeniable. This is a historical moment in the country, and she is positioned to do great things.

“And as a Howard University alumna, Ms. Harris comes with confidence and pride. She knows how to throw lethal punches using nothing but her smarts. She is fearless, because she inculcated Black intellectualism as a domination body of thinking during her four years at the university,” says the Elephant – Speaking truth to power.

I am also a graduate of Howard University, and there is something special that the school teaches you about your identity and pride. When you leave the school, you understand that you have the ability to change the world. Pride and precision is your new focus.

“I would like to see her doing things, that are clearly and specifically for and about Black Americans. For example, she would be uniquely positioned to be effective in any attempt to re-imagine this nation’s criminal justice system. That would start with making her central to the selection of the Biden administration’s attorney general,” says Keneshia Grant – Professor of political science at Howard University.

What a phenomenal place of power to be in, when the president-elect makes a decision, and Ms. Harris gives her advice. Black women all over the country feel comfortable, based on her experience as a state attorney general, and a Black woman, that good decisions will come out of the White House.

During the debates, many Americans may have forgotten, when Senator Harris fearlessly confronted Joe Biden about some of his old ideas about the Black community. Before Biden and Harris were on the same ticket, they were battling, and sometimes things got heated.

But, President-Elect Biden is a man of faith, and he is able to forgive, and acknowledge when he is wrong. It is time for America to heal, and Harris will be a catalyst for much of the rethinking in the country. To all Black women and women of color, Vice President-Elect Kamala Harris has broken the glass ceiling, and all women are extremely proud.

“As a Black woman, I know we can do any job, we are asked to do. Now other people, around the country and the world will find out too,” says Adrienne Noel – CEO Marketing Minds at Work.

The job of the Vice President under Kamala Harris will probably take on a different role under President-Elect Biden. Black women are not quiet, and they speak their mind. She will probably take a leading role in the coronavirus pandemic, and healthcare. “Giving Harris a leading role here, may give America some needed confidence in our national response,” says Amanda Clayton – Professor of Political Science at Vanderbilt University.