The Following Statement Was Released Today

“The horrific assault yesterday on the Capitol was not a protest. This was a failed coup attempt deliberately designed to circumvent the will of the people with the goal of keeping in place the flawed leadership that was overwhelmingly defeated in the November elections. From the president of the United States downward, all involved — whether via their actions or their failure to act — must be held accountable. 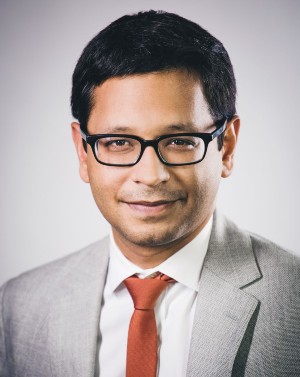 Sabeel Rahman“Let there be no doubt: This was an attack on every American who risked their well-being during a global pandemic to participate in our democratic process and elect a new President and a new Congress. Notably, this attack came the day after Black and Brown Americans once again lifted their voices and voted to yield historic change in Georgia, securing a place for progressive values in the U.S. Senate. These attacks will not be successful. The transition of power will continue and a Biden-Harris administration will begin on January 20 alongside a new Congress.

“We are facing a foe far bigger than this moment. Yesterday’s assault was not an isolated incident but rather an insurrection centuries in the making. From the forcible removal of Native Americans from their own land to the enslavement and torture of Black bodies, America has sanctioned white supremacy since its inception. White supremacy has beaten back previous attempts at forging an inclusive, multiracial democracy, from the forcible creation of Jim Crow undoing the hard-fought victories of the Civil War to the backlash against economic justice, gender justice, and racial justice movements of the 20th century.

In recent years, the effort to reassert white supremacy has manifested in restrictive immigration policies, Tea Party disruptions, and massive MAGA rallies. Yesterday, that effort took the form of ethnonationalists taking selfies with Capitol Police and breaking and entering into lawmakers’ offices, in stark contrast to the militarized police presence deployed on Black and brown Americans when they protest peacefully. We have a duty and responsibility to take action now and create a radically more equitable, stable, and inclusive democracy for our future.

“First and foremost, we must pursue the immediate lawful removal of President Trump from his office, whether through the invocation of the 25th Amendment or through a formal impeachment process. Secondly, the 117th Congress must investigate the lawmakers, Capitol Police and media outlets complicit in inciting this attack and others like it.

Lastly, and perhaps most importantly, America must commit to enacting long-term structural democracy reforms, such as the For the People Act (H.R. 1) and the John Lewis Voting Rights Act , to ensure free and fair elections and safeguard our democratic process. We also must strongly consider further structural reforms encompassing everything from the abolishing of the Electoral College to the democratizing of the Senate and addressing the economic inequities that contribute to political inequality.

“At this perilous time for our democracy, may we remember that we the people have the power — and the responsibility — to save it.”