WASHINGTON, D.C. – Belize’s barrier reef is a marvel of biodiversity. Stretching 170 miles through the warm waters of the Caribbean and around atolls, cays, and coastal lagoons, the Western Hemisphere’s longest reef is home to some 1,400 species, from endangered hawksbill turtles and manatees to several threatened types of sharks. 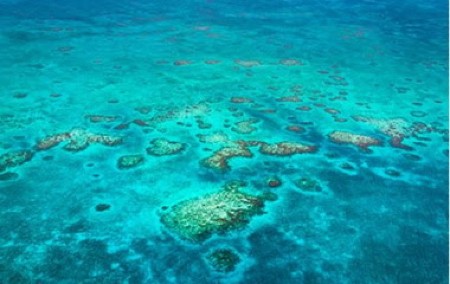 The reef’s chances of survival received a vital boost last year. On November 5, Belize signed a debt-for-nature swap with The Nature Conservancy (TNC), an environmental organization, which reduced the country’s external debt by a striking 10 percent of GDP.

Under the agreement, a TNC subsidiary lent funds to Belize to buy back a US$553 million “superbond”—the government’s entire stock of external commercial debt, equivalent to 30 percent of GDP—at a discounted price of US$0.55 cents per dollar.

It financed this by issuing $364 million in “blue bonds” in a sale arranged and underwritten by Credit Suisse, a bank. The US government’s development bank, the International Development Finance Corporation (DFC), provided insurance. This allowed the loan to have a low interest rate, a 10-year grace period during which no principal is paid, and a long maturity of 19 years.

In return, Belize agreed to spend about four million US dollars a year on marine conservation until 2041. It will double its marine-protection parks—spanning coral reefs, mangroves, and the sea grasses where fish spawn—from 15.9 percent of its oceans to 30 percent by 2026. An endowment fund of US$23.5 million will finance conservation after 2040.

Jaime Guajardo, the IMF’s mission chief for Belize, said the deal is of tremendous benefit to the country and contributes to the authorities’ objectives of restoring debt sustainability, promoting sustainable development, and enhancing resilience to natural disasters and climate change.

Debt-for-nature swaps are not new. They have existed, in one form or another, since the late 1980s. But these early deals typically involved creditor governments writing off debt bilaterally so long as the savings were channeled into conservation: they were, in effect, grants.

Two things stand out about the Belize deal. First, the bond market itself provided the “grant” in the form of a discount price. And second, the deal involved debt owed to private creditors and was, in the end, financed by a different class of private investors. It showed the potential for deals with countries that are experiencing economic difficulties and have expensive debt on their books.

Kevin Bender, sustainable debt director at TNC, says Belize itself needed little convincing to press ahead. The government soon recognized the savings and the cash they could generate for conservation. Private investors, however, were cautious about putting money into the blue bonds. After all, a debt swap of this sort is complicated and had not been done before. Investors were also leery of lending to a country with a history of defaults. But momentum built as the DFC, Credit Suisse, and other large institutions signed on.

The US development bank’s involvement was crucial. The DFC’s insurance meant the blue bonds received a strong investment-grade credit rating (Moody’s rated them Aa2), and so even risk-averse investors such as pension funds could be confident they would be repaid.

“If we didn’t have the insurance, no one was looking to lend to Belize,” says Bender.

Investor interest in environmental, social, and governance considerations played a part in marketing the complex product. In Belize’s case, TNC’s three-decade history running conservation programs in the country meant that investors could be sure that the promised marine protection would actually take place. They would not, in other words, face charges of “bluewashing.”

There is scope for more swaps with countries whose debt is trading at a discount or incurring high rates of interest. TNC, which also helped Seychelles—off Africa’s eastern coast—restructure its Paris Club debt to official creditors and channel the savings into ocean conservation back in 2016, is exploring similar arrangements in seven other countries.

Not all debt-for-nature swaps will have the same impact as the one in Belize, at least not on the debt side. The small Caribbean economy owed creditors a lot of money relative to its GDP. This meant that the impact of the deal on its overall debt-to-GDP ratio was significant. Moreover, its debt was trading at an especially deep discount.

All the same, future debt swaps could still mean cash for conservation or climate projects and some savings. “Some countries have debt on their books that is outrageously expensive,” says Bender. “Why on earth wouldn’t you let us give you the money to pay that off?” Hopefully many more countries with natural wonders like Belize’s barrier reef will take up his offer.

*Nicholas Owen is a staff member of the Finance & Development, the IMF’s flagship magazine and online editorial platform.