Spare Our Children’s Children: Ending The Cycle of Racial Trauma

When the managers at Donald Trump’s Senate impeachment trial showed video footage of the Capitol riot some of our lawmakers must have relived the visceral panic they experienced that day. Millions of citizens watching at home will have been overwhelmed once more by fear and disgust. It must have been especially hard for Jewish people, reminded of the thug in his ‘Camp Auschwitz’ T-shirt, and for Native Americans, for whom marauding white men brandishing firearms conjure up ancestral horrors. Black Americans were shuddering – for us, noose-bearing mobs bring to mind brown bodies hanging from trees. 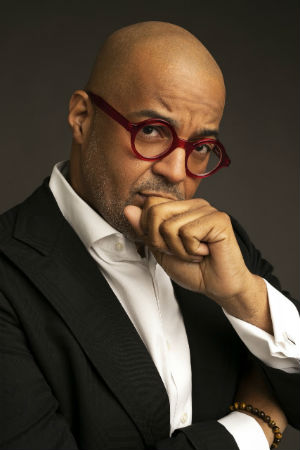 Dr. Keith MageeAlmost sixty years ago, when my mother, Rev. Dr. Barbara Reynolds, was nineteen, she went to Tennessee to help register folks to vote. Having unwittingly entered a whites-only inn, she and her friends were threatened and hounded out of town by members of the KKK. The events of January 6th took her back to the terror of that chase; for days after the storming of the Capitol she felt in fear for her life again.

Tragically, for most non-white Americans, trauma and its consequences are part of everyday life and the triggers come thick and fast. Just walking past a confederate general’s statue in my native Louisiana is enough to make my blood run cold. My heart always pounds in my chest if I notice a police car behind me when I’m driving with my little boy. Then I feel guilty – am I passing my anxiety on to him?

The murder of George Floyd shone a global spotlight on the issue of race in America. But our collective pain began four centuries ago, when the first Africans were enslaved and transported across the Atlantic to a life of unimaginable cruelty. Abolition did not bring healing. Instead, the trauma of freed slaves and their descendants has continued to be compounded to this day, as every subsequent generation has faced ongoing racism, injustice, and police brutality.

Dr. Joy DeGruy has given this historical racial trauma a name: Post Traumatic Slave Syndrome. She points out that it is deeply embedded, community wide and multi-generational. As a result, countless Black Americans suffer symptoms similar to those of PTSD – which can include anger issues, sleep problems, stress, and anxiety – often without being aware of the root cause and at great cost to themselves, their families, and society.

We’re not monolithic, of course – we all experience things differently. Black people are highly resilient, and many have made extraordinary contributions to their communities and to their country. But today, as we battle Covid-19 under a new administration, we must also prepare to tackle another public health emergency. For until we break the cycle of historical racial trauma and find ways to heal, the much-promised ‘level playing field’ cannot exist. However many equal opportunities we create, however hard we fight for social justice and against extremism, it will all be to no avail if some Americans continue to struggle under the weight of inherited racial trauma while others are unencumbered. We have to do this for the mental health of individuals and for the health of our nation as a whole.

The first step towards healing is to recognize the problem, individually and collectively.

Then we must allow ourselves to acknowledge old wounds and to grieve. It can be tempting, when you live with trauma, to avoid triggers – to turn away, perhaps even to topple things in an attempt to erase reminders of a harrowing past. But that is a grave mistake. The act of forgetting does not aid recovery, it makes it impossible. History must be faced and learned from so that we can take the best from it and leave the rest behind.

Perhaps we need a national day of remembrance? On Juneteenth we rightly celebrate the end of slavery. Maybe on a different day every American could pause and consider the harm done in the name of this thing called race and how we can overcome its legacy.

Our elected leaders have a crucial role to play. The US Constitution is a living document; now is the time to make it truly viable. Politicians should revisit the 1964 Civil Rights Act Implementation Plan, which was struck down by the Supreme Court, and turn it into a constitutional amendment. This would finally ensure that all Americans could enjoy equal rights in perpetuity.

Faith leaders should help individuals and communities to understand and deal with racial trauma by using their sacred spaces to talk openly about its causes and symptoms. Prayer can be a powerful ally in healing, and our holy texts abound with insights to help us overcome every kind of trial, if guided by love. Through trauma-informed ministry, we can recognize suffering, provide comfort, and refer those in need to specialist mental health support.

As well as educating their students about racial trauma, teachers can ensure that every child’s humanity is valued. If they are positive about diversity and encourage children to appreciate each other’s ethnicity and cultural heritage, teachers can help to liberate our young people from damaging myths about race.

Four hundred years is long enough to carry a burden based on hate. Change is in the air in America today – together let’s seize this moment and break the cycle of racial trauma. Like so many others, my mother and I bear its scars – I pray that my six-year-old son and his children will not.

The writer would like to thank Bryan Bonaparte, Senior Lecturer in Psychology at the University of Westminster, London, UK, for his valuable input. Keith Magee is the author of Prophet Justice: Essays and Reflections on Race, Religion and Politics, released January 26, 2021. He is a public theologian, public intellectual, political advisor and social justice scholar. He is Chair and Professor of social justice at Newcastle University and Senior Fellow in Culture and Justice at the University College London. He founded The Social Justice Institute in 2014, while in post at Boston University, which remains the hub for his independent work and research. He serves on the Mayor of London Sadiq Khan's Commission on Diversity in the Public Realm. He is also the Lead Pastor at The Berachah Church – which has a global virtual presence.