Everyone loves romance, especially women, who just love to bask in the glory of a romance novel, magazine or movie, even if they can’t achieve it in real life. But romance has stages It can be said that the first stage of romance is usually the best, as it’s full of excitement, joy, anticipation, passion, unbridled happiness. 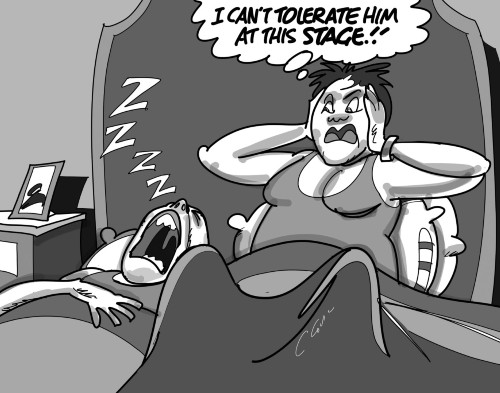 In the first stage, the exploratory stage, men have a slightly different view than women, and treat them like they are princesses. In fact, they will tell you that the most exciting time of the relationship was when he first saw his woman undress just before they made love. Compare that feeling to how he feels after forty years of being with her.

“I tell you, I almost couldn’t contain myself when she first took off her clothes.” It only goes to show how men feel in that crucial first stage of the romance.

Women also share these first time feelings, as one famous lady wrote, “She found heaven in his eyes, and for the first time, in a very long time, she could feel the stars within her begin to shine.”

These are feelings expressed in this stage of romance, as the man is excited by the prospect of making love for the first time, and the woman is infatuated by the romance that she thinks has finally come her way.

That’s why men are on their best behavior at this stage. And that’s why women never forget their first love. That first experience made a lasting impression on her.

By the second stage the feelings grow, as the couple starts to know each other. They spend a lot of time together, and often tend to exclude other people from their lives, even relatives. As the old saying goes, “They only have eyes for each other.”

This second stage is so great, as they bond as one and are now officially a couple. By the third stage, the wild unbridled passion has simmered a bit, but is still pervasive. They now spend more quality time together without tearing off each other’s clothes at every opportunity.

This stage is still good, and at this juncture he may decide to cement the relationship by popping the question, getting engaged, the commitment stage.

Then it’s stage four, where they either are living together for a period of time, or make it official by getting married. It’s now a union, as they now live under one roof.

But this stage can be tricky, for as the old saying goes, “See me and come live with me are two different things.”

At this stage they have their own version of TLC and I don’t mean Tender Loving Care either, but Tolerance, Loathing and Contempt. This is the stage when tolerance is tested to the limit, the little things that were overlooked in the first stages are now not tolerated at all.

Things like him leaving the toilet seat up all the time, so when she sits on it in the dark, she almost falls in. Little things like him snoring lightly are no longer cute, but is a huge source of annoyance for her.

She holds him in contempt for how he smells after he gets home from a hard day’s work, and he resents her spending so much time yakking on the phone with her girlfriends.

Even seemingly innocuous things like him watching too much sports on TV or her spending too much time on her hair is contemptuous to both.

Then comes the final stage. By now the passion has waned, if not completely disappeared. Either he has lost his desire, or she has.

Now they’re in the companionship stage, living like roommates, as all the fervent passions are but memories of decades long gone.