As we approach the 55th NFL Super Bowl Sunday in Tampa, Florida amidst the continued national spread of COVID-19, I believe that the time has come for the close-knit group of team owners in the National Football League (NFL) to take the necessary steps to open the door to African American business leaders who hope to join that exclusive club of owners. 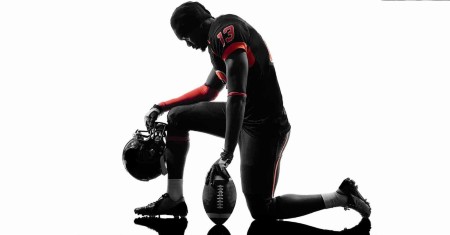 I speak not only as a fan of professional football but also as someone who has a direct interest in helping the NFL fulfill its laudable and historic commitment to building a diverse and equitable league for players, coaches, owners and the thousands of others who make professional football one of the most popular sports in the world.

Indeed, the NFL recently became a trusted partner and sponsor of the National Newspaper Publishers Association (NNPA), which represents 230 African American-owned newspapers who deliver news to our communities across various platforms, including print, digital and social media formats.

Our member publications cover the news, sports, entertainment, and culture pertaining to our excellence of performance in all aspects of human endeavor in the United States and throughout the world. And the NFL’s sponsorship will help enable our media properties to continue serving our communities at a tumultuous and confusing time when there is a great need for honest and accurate reporting.

For that support, we at NNPA are profoundly grateful.

But there is more that could be done to advance the cause of social justice, particularly on the question of opening the NFL’s Owners Club to African Americans.

We have a unique opportunity to address this matter, given that America is focused on the inequalities in our culture – from economy to the delivery of health care – that the pandemic has laid bare for all Americans to see.

In this context, the NFL, a sports business giant, should begin taking steps toward diversifying the ranks of NFL team owners. More than that, the league should leverage the current debate about social justice to ensure greater diversity and inclusion in all aspects of American corporate life.

It does appear that the NFL is slowly making some progress on the hiring of African American and other persons of color in the top executive positions of NFL general managers and head coaches.

I know, for example, that Rod Graves, former general manager of the Arizona Cardinals and current executive director of the Fritz Pollard Alliance, is working hard on this issue of inclusive executive hiring. Brother Graves is to be saluted for his consequential work.

I am also aware that overall, Troy Vincent, the NFL’s executive vice president, and NFL Commissioner Roger Goodell have stated their resolve and commitment to social and racial justice, and as well to leading the NFL forward on the issues of diversity and inclusion. We wish them well.

Yet, if I have learned anything during my long 60-year career in civil rights and in the freedom struggle in America, it is that the issue of equity requires ownership and investment in order to sustain social transformation.

But there are plenty of other capable African Americans whom the NFL can tap for those positions. The point is that if the league makes this a priority, the opportunity is here to open the doors of this elite club to people from historically underrepresented groups.