(TriceEdneyWire.com) - Rep. John Lewis, the civil rights icon who died last year, liked to tell activists that building a better world depended on people being willing to make “good trouble.” Rep. Cori Bush has just given us an example of effective troublemaking that should inspire us to action. 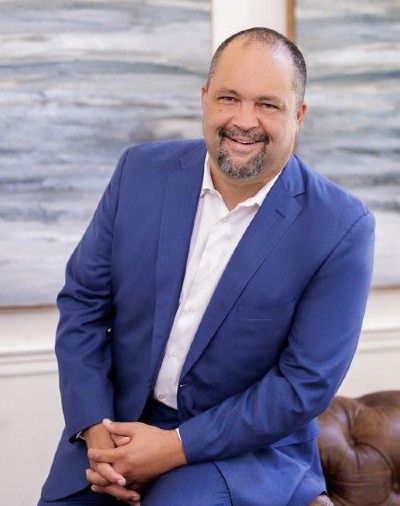 Ben JealousRep. Bush is in her first term as a member of Congress representing St. Louis, Missouri. She didn’t come with a typical resume of prestigious college and law school degrees and previous political jobs. Bush got into politics protesting police killings of unarmed Black men. Because her work was seen and respected in her community, she beat the odds and beat a long-time member of Congress.

Bush has experienced eviction herself. She knows how disruptive and dangerous it can be. So she wasn’t going to stay quiet when Biden administration officials and congressional leaders were ready to let a COVID-19 moratorium on evictions expire and put millions of families at risk.

The temporary eviction ban was put in place by the Centers for Disease Control last September as a public health measure. Millions of families fell behind on rent because of the economic turmoil caused by the pandemic. The CDC knew that forcing those families out of their homes and into shelters or onto the streets in the middle of a pandemic would cost lives.

That original moratorium expired on July 31. It made no sense to kick people out of their homes just when the Delta variant of the COVID-19 virus was pushing the pandemic into another deadly phase.

But the Supreme Court’s right-wing justices had signaled their disapproval for the moratorium. So the White House and congressional leaders played a bit of last-minute hot potato before Congress left town for its August recess without taking action to protect the families at risk of homelessness.

Rep. Bush grabbed a sleeping bag and camped out on the steps of the U.S. Capitol for several days to shame people into action. You can be sure that many of her colleagues didn’t like being put on the spot as they went on vacation. Some of them anonymously criticized her tactics. Her hometown paper said she was ignoring “political reality.” Her right-wing critics ranged from dismissive to abusive.

But it worked. Bush’s troublemaking meant that public officials could not just deflect attention from the crisis that was about to engulf thousands of families. And the White House worked with the CDC to extend protection against eviction for the vast majority of people at risk.

The new moratorium is being challenged in court, and it will expire in October. But it is buying time for families at risk. It is giving local officials a chance to get money into the hands of people who need it.

Bush’s good troublemaking also brought needed attention to the fact that Congress had approved $46.5 billion to help renters and their landlords, but some states and counties hadn’t distributed a penny of it even months after they got the money.

When I saw people criticizing Rep. Bush for her tactics, I thought of Martin Luther King, Jr.’s Letter from a Birmingham jail. He wrote that he had almost concluded that a greater stumbling block to the freedom movement than the KKK was the white moderate more devoted to “order” than justice, who constantly says, “I agree with you in the goal you seek, but I cannot agree with your methods of direct action.”

Rep. Bush saw that families behind on rent were facing a crisis point. Our democracy is also facing a crisis point. In state after state, where Republicans are in control, they are imposing new barriers to voting as they try to prolong and expand their hold on power. They want the power to resist progress on racial equity, access to health care, and all the other issues that motivated people to turn out and vote for Joe Biden.

We can’t let them win. Voting rights activists across the country are organizing. They’re looking for people to help them make good trouble. When that opportunity comes your way, think of John Lewis and Cori Bush. And answer the call.