It’s difficult to forget the scenes of black Haitian refugees at the US-Mexico border in Del Rio, Texas being attacked by United States border agents on horseback as they scrambled to get food to their ailing and hungry families just feet away; or images of cold and dying Haitian men as they collapsed under the Del Rio International Bridge at this contentious border. 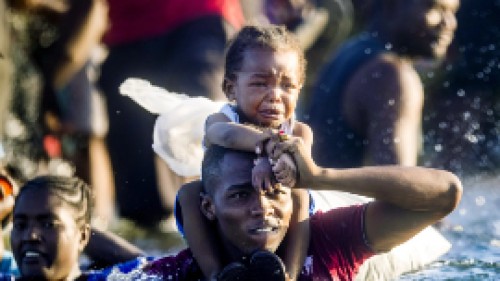 In September, thousands of Haitian asylum seekers crossed the Del Rio river back into Mexico as US border agents began to deport immigrants. (John Moore/Getty Images)These ‘us against them’ scenes are the new normal for Haitians seeking refuge from a country that can no longer support them, a country marred by economic failure, gang violence, political corruption, environmental degradation.

Invited by the Department of Homeland Security Secretary, Marleine Bastien, Executive Director of the Miami-based Family Action Network Movement (FANM), was on the ground in Del Rio speaking to the refugees while seeking equity and social justice for this marginalized group.

“They’ve encountered and been subjected to all kinds of abuses in their efforts to reach the border in Mexico, including physical violence, sexual abuse. A lot of them have been robbed while trying to get there. In some places, they were encountered by armed groups who robbed them of their money,” explained Bastien.

The FANM Executive Director was speaking at a virtual conference coordinated by the University of Miami focused on Haiti’s Systemic Crisis and Haitian Migrants at the US-Mexico Border held last month. Uncompromising, Bastien painted broader images of indignities.

“Under the bridge, they were without food for over nine days, they didn't have access to any assistance. When they tried to leave the bridge to access food, a lot of us saw how they were treated, they were chased and beaten. Some of the refugees we interview told us they spent days without the ability to shower.” 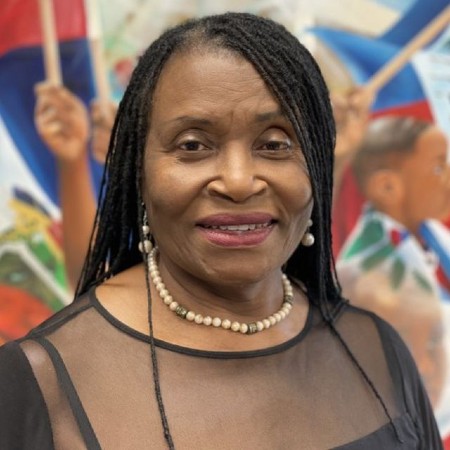 The bottom-line, said Bastien, the Haitian refugees did not receive the same support or guidance that other refugees oftentimes do.

Based on the island’s history, Haitians have made decisions to flee their country for much more than economic reasons. Dr. Toni Cela from the University of Miami, and the Interuniversity Institute for Research and Development, outlined some of the historic crises that have contributed to the out-migration.

Beginning with the 2010 earthquake that killed over 200,000 Haitians, followed quickly by a cholera outbreak on the island that was suspected to have come from United Nations peacekeepers, living conditions became unbearable for many Haitians explained Cela. Looking for hospitable countries, Haitians were “lured towards Brazil” through the Brazil-led United Nations Stabilization Mission from 2004 to 2017.

“There were many intermediaries and many interlocutors representing Brazilian companies that were looking for low skilled manual labor, as there was a labor shortage in Brazil at that time. Brazil was also preparing for the 2014 World Cup and 2016 Olympic games, and so there were a lot of infrastructure projects that required manual labor,” Cela explained.

By 2015-2016 an economic downturn and rising unemployment in Brazil meant Haitians began to lose their jobs and had to look elsewhere. One of the places they looked to was Chile, while still heading northwards to the United States.

Importantly, said Cela, most of the migrants at the US-Mexico border were not coming directly from Haiti, they were migrants from South America, particularly Brazil and Chile. And even more significant, a large majority of the migrant Haitian population in South America are high school and university graduates who have made rational decisions about their futures. In other words, educated people ready to contribute meaningfully to any society.

“Based on my perspective,” noted Napoleon, “I think those people are better than even my generation who came to United States in the 1990s. They speak, or probably will be speaking five different languages. And my hope is that within the next 5 to 10 years these people will be new assets to the Haitian community, while guys like me who came in the 1990s are going into retirement. So I think there is a need for educational institutions, for service programs to embrace this group of people. Most of them are under 30-35, meaning they will give the system 30 years worth of work. And their children will become American citizens who will contribute to the community.”

Far from recognizing this, the United States government has been citing the rarely used Title 42 policy, a clause in the 1944-created edict to protect the public from communicable diseases. Unearthed by the Trump era government, the current Biden administration is upholding the validity of this law to brutally evict Haitian asylum seekers.

Caroline Bettinger-López, Professor of Law and Director of the Human Rights Clinic at the University of Miami School of Law, and former White House advisor on Violence Against Women in the Obama administration, explained that Title 42 breaches civil rights. Quoting from a document formulated by a colleague at Yale Law School, Bettinger-López noted:

“The law violates our obligations not to return people to a dangerous place, and the United States has specifically categorized Haiti as a dangerous place through our designation of temporary protected status to Haitians, just a few months ago.”

Ignorance is also a factor in how Haitian refugees are perceived and categorized in the eyes of the law. Dr. Robert E. Maguire of George Washington University explained.

“The proximity of Haiti does not bring understanding or knowledge, and there’s a great deal of ignorance and misperceptions on the part of Americans. We’ve seen this just within the past few days with a retired white guy who lives in Mar-a-Lago spinning out continually the stuff about Haitians having AIDS and so on. So, these misperceptions and ignorance fuels racism, discrimination, and fear. I think Americans basically fear the unknown. and I think this casts a large shadow over policy in Haiti.”

So, what’s the answer? Where do we go from here? Carine Jocelyn, founder of the New York-based Haitian Women’s Collective, put it this way.