ST.  JOHN’S, Antigua – No individuals are greater or more valuable than Institutions. 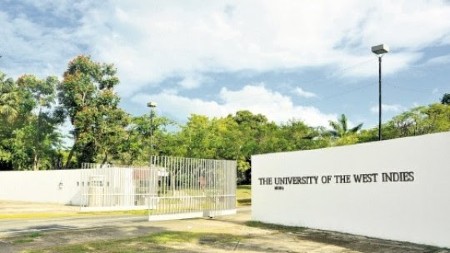 The University of the West Indies (The UWI) is the longest thriving and most successful institution of the 16 countries of the West Indies – 13 of them being member states of the Caribbean Community (CARICOM).  The UWI, established in 1948, is the cradle of West Indian scholarship that rose from being a distant offshoot of the University of London, to its present position among the leading 1% of Latin American and Caribbean Universities.  Among 30,000 universities and elite research institutes globally, The UWI is ranked among the top 1.5%.   To all West Indians, The UWI is more than a University; it is the honored soul of West Indian scholastic achievement.

This is why the participating Caribbean governments in The UWI must act swiftly to end the embarrassing spectacle that is tarnishing the image of this great West Indian Institution.

Ever since the Report of the Chancellor’s Commission on Governance of the UWI was published in July 2020, tales have circulated of the dissatisfaction of the Vice-Chancellor, Sir Hilary Beckles.  There has even been an unsubstantiated and disgraceful suggestion of racist motivation by the Chancellor, Mr. Robert Bermudez.

However, when, on December 5, 2018, Bermudez established “The Chancellor’s Commission on the Governance of the UWI”, he did nothing more than follow a system, enshrined in the University’s procedures to conduct such a review approximately every 10 years.   It is most unfortunate, therefore, that our greatest West Indian institution, through whose revered halls, have passed West Indians of every color and ethnicity in our multi-colored society, should be lowered to such an unfounded discourse.

Significantly, all that has been said about UWI’s governance came from the Commission, not Bermudez.  And no one on that Commission could possibly be accused of doing the bidding of Bermudez or any other person, so great is their integrity in public life.

It is well to recall that the Commission’s Chair was Sir Dennis Byron, who held many distinguished posts including the Presidency of the Caribbean Court of Justice.  The other members were: Professor Nigel Harris, former Vice-Chancellor of UWI; Sir Elliott Mottley Q.C, a most distinguished Barbadian Attorney‐at‐Law and Caribbean Judge; Dr Didacus Jules, the Director-General of the Organization of Eastern Caribbean States (OECS); Mr. Richard Byles, Governor of the Bank of Jamaica;  Ms. Angela Hamel-Smith, Judge of the Industrial Court of Trinidad and Tobago; Dr. Beverley Pereira, Former University Counsel, The UWI; and Ms. Jacqueline Sharp, The UWI Alumni Association.

Apart from their personal standing, the qualifications of the Commission members for carrying out the mission are beyond question.  Additionally, in the course of their work, they carried out a governance survey across four campuses of UWI, involving students, staff and external stakeholders.

Moreover, the Commission reviewed many reports of committees within The UWI, including the 2019 report of the University’s Management Audit department, which “identified weaknesses in the University’s corporate governance system including: (a) potential conflict of interest arising from the chairmanship by the Vice-Chancellor at the regional level and Campus Principals at the campus level, of many layers of committees which report ultimately to decision-making committees also chaired by the Vice-Chancellor and Campus Principals; (b) a weak and under-resourced risk management system; (c) the absence of a whistle-blower policy; and (d) chronic absenteeism at the meetings of key governance bodies such as the Finance and General Purposes Committees (F&GPC) at both the regional and campus levels”.

These observations were sufficiently significant to warrant attention in any Institution; they could not have been ignored by the University’s governing Council, which includes representatives of Caribbean governments, and they should have received the immediate attention of the Vice-Chancellor and the Campus Principals.  The issues could not have been brushed aside by a Commission charged with examining “the performance of The UWI in relation to its objects as stated in clause 2(a) and 2(b) of the 1972 Charter, including its Report of the Chancellor’s Commission on the Governance of The UWI July 2020 management practices and its features of transparency and accountability within the University system”.

It was the Commission that concluded, based on the facts before its members, that: “The review of the University’s corporate governance system revealed serious challenges. The University’s own documentation shows that many of these challenges have been discussed over the years and that recommendations have been made to address them. However, such recommendations, even when accepted and approved, are not always implemented”.

The Commission made various recommendations for improving the governance of the University.  In none of the recommendations did the Commission denigrate the role of the Vice-Chancellor or promote a greater role for the Chancellor.  It did recommend greater oversight and monitoring functions by the governing Council (largely comprised of government ministers)  through the formation of smaller working committees of the Council “suitably composed, conferred with appropriate delegated powers and supported by strong advisory committees”.  There is nothing wrong with that – UWI is in a critical financial situation.  For the period 2018-2019, it recorded a deficit of BDS$91.57 million or roughly US$45 million.

In the midst of all this, despite reports which suggested that the representatives of the Governments of Jamaica and Trinidad and Tobago objected, Sir Hilary’s contract as Vice-Chancellor was renewed in April last year.  The appointing authority is the University Council.

Nonetheless, in a curious development, Sir Hilary has established a Committee, comprising of employees of the UWI (his subordinates) to report to him, to investigate the part played by Mr. Bermudez in the circumstances under which his contract was renewed. In effect, the Committee is investigating the actions of the governing council of the UWI.  Remarkably, it is now in the regional press that the Committee has posed several questions to the Chancellor and given him a deadline to answer.

This behavior contrasts sharply and troublingly with the conduct of former Vice-Chancellors of The UWI, and the relationships they established with their Chancellors and the University Council,  which have contributed to the University achieving the great reputation that it now enjoys.

Caribbean governments need to act swiftly to end this hemorrhaging of The UWI’s standing and to stop it from hurting the University irreparably. The Council must put machinery in place to repair this damage and such action must be taken now.

*Sir Ronald Sanders is Antigua and Barbuda’s Ambassador to the United States and the OAS.  He is a Senior Fellow at the Institute of Commonwealth Studies, University of London and Massey College in the University of Toronto.  The views expressed are his own.