There are some persons who just like to have control over others. They have to laud themselves above them, tell them what to do, when to do it, where to do it and how to do it too. It just feels good to be in control of another person, to have them do your bidding and wait on you hand and foot. And control comes in all forms, ranging from the physical to the mental and emotional. 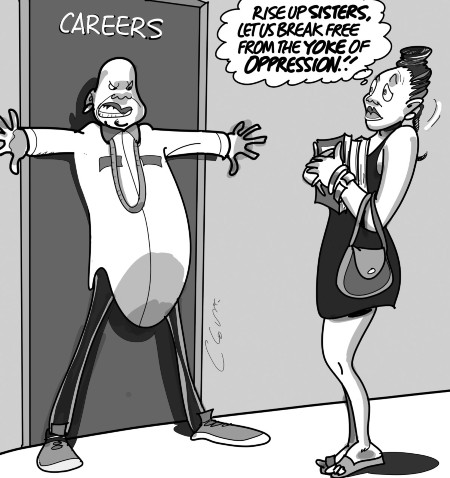 There are persons involved in relationships who are emotional dons, and in most cases it’s carried out by men, although some women are controlling too.

When it gets horrific though, is when one person is hell bent on fully controlling another. In most instances it’s done by men who wield absolute power and control over their women. And how do they do this….with money. They live by the golden rule, he who has the gold, makes the rules.

There are still men around who forbid their women from working, and by doing so, have full dominion over them. Everything that she buys, every dollar that she spends comes from him. He has full control, as she has to go to him every time she needs money. Economic control is extremely effective.

Many times he also takes her wherever she wants to go and picks her up after, often saying, “Make sure you wear this dress.” There are men who don’t even allow their wives to go to the supermarket without them. Some even secretly install tracking devices on their wives’ cars, just to be able to monitor their movements.

Even if the woman works, she has to account for her income and her spending. But some are clever, and manage to have secret accounts and other sources of income.

Another method of control is to deprive the women of further education, so they forbid them from pursuing any method to advance their schooling or career for fear that she’ll gain her independence, resulting in him losing his control.

It’s little wonder that those feminist groups were formed and gained traction, all because women sought to escape from the control of men. “Rise up sisters, let us break free from the yoke of oppression.”

I still know of men who have their women wait on them hand and foot, seven days a week, while they do absolutely nothing to help. And these are educated women too, who earn a good salary. They have to cook for the man every day after work, and no leftovers are allowed either, for he wants his meals to be fresh.

Does love contribute to controllers having their own way, or is it fear? Why would anyone allow themselves to be under the thumb of a controlling person?

Maybe they feel safe, secure, protected, devoid of responsibilities as they leave everything up to the man. Perhaps they had daddy issues and felt that they were still little girls expecting to be taken care and protected by this new ‘daddy.

But what about the female controllers, for they do exist. How do they control their men? it’s simple, the answer is physical. Women who are controllers use their bodies as leverage. Men use money, women use sexuality, and this has been going on from Adam and Eve, Samson and Delilah and others.