KINGSTON, Jamaica – We have entered a new year, 2022, and coronavirus (COVID-19) with variants, Delta and Omicron, are still with us. COVID is influencing the regional and global agendas. 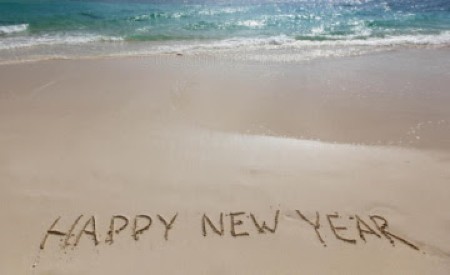 While there is talk of recovery in the Caribbean Community (CARICOM), especially in tourism dependent economies, and positive growth is projected for 2021, I believe that the effectiveness of CARICOM’s economic recovery from the steep declines of 2020 remains cause for concern, especially as the omicron variant continues to spread in the European Union (EU), United Kingdom (UK), USA and Canada, as well as in CARICOM member states.

We have to see what the levels of growth in the region and, indeed, the world, will really be when the full year, January to December 2021, is assessed, and when we begin to get revised projections for 2022.

As in the rest of the world, COVID-19 has remained in the countries of the region and the Omicron variant is now confirmed in Barbados, Grenada, St. Vincent and the Grenadines, and Trinidad and Tobago, and all other countries are on alert for its detection and spread.

The vaccines were supposed to mitigate the impact of COVID and allow a return to some level of normality in 2021. The World Health Organization (WHO) had hoped that by the end of December 2021, at least 40 per cent of the population in each of its member countries would be fully vaccinated. We know that this target has not been met in most countries, especially developing countries, either due to a lack of vaccines or to vaccine hesitancy, causing expired doses to be discarded.

So, CARICOM has a way to go in having populations fully vaccinated. An issue is also having people abide by the protocols, the proper wearing of masks being a major one. It has to be seen what the CARICOM case levels will be following this holiday season.

COVID-19 and its variants have impacted the foreign trade policy agenda since the omicron variant was first identified back in November.

The first in-person conference to be postponed was the 12th  Ministerial Meeting (MC12) of the World Trade Organization (WTO). The new date is now to be determined. It is expected that negotiations will continue when the WTO resumes work in Geneva this month.

It has been customary for the new year to start with the World Economic Forum in Davos, Switzerland. This year’s January meeting has been postponed and the hope is that it can be convened early in the summer. You may recall that the full Forum was not held in 2021.

A date and venue are still to be determined for the signing of the OACPS/EU post Cotonou agreement. That signing should have been in Samoa in 2020. OACPS and EU meetings are expected to resume by electronic means in Brussels and I assume that the situation with the post-Cotonou signing will be addressed then. The OACPS Caribbean Forum (CARIFORUM) will continue to be chaired by Trinidad and Tobago until June. However, the review of the CARIFORUM/EU Economic Partnership Agreement (EPA) is still to be scheduled. We know that CARIFOUM is not happy with the EU’s report which has been issued.

A trade-related meeting, requiring a new date, is that of the Commonwealth Heads of Government which was scheduled to be held in Rwanda and had to be postponed again.

The United Nations General Assembly (UNGA), customarily starting in September, and the Climate Change COP27, to be held in Egypt in November, are still on schedule.

In this Hemisphere, it does appear that some in-person meetings, such as in the Community of Latin American and Caribbean Countries (CELAC), are set to proceed.

At the regional level, Belize assumed the Chair of CARICOM and will host the Intersessional Meeting of Heads in February. CARICOM meetings are most likely to continue electronically. Of course, we have heard that Barbados will be having general elections on January 19.

There have been some staff changes at the CARICOM Secretariat. The one most related to trade is Ambassador Wayne McCook of Jamaica assuming the post of Director General of the Office of Trade Negotiations (OTN) based in Barbados. Ambassador Gail Mathurin, also of Jamaica, has retired after serving in that capacity since 2009.

So, it seems that we are looking at another year of uncertainties. But, for me, the solution to COVID-19, is in the hands of governments and peoples, providing vaccines, taking vaccines, and strictly following protocols.