HAMILTON, Bermuda – The withdrawal of a US firm has dealt a fresh blow to Bermuda’s hopes of opening its first casinos — more than eight years since parliament gave them the green light. 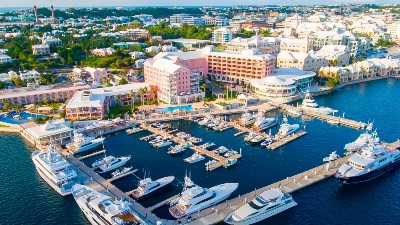 Hamilton Princess & Beach Club, in Bermuda.The Royal Gazette newspaper quoted a leading business source as saying heavy regulation, perception of a lack of independence for gaming authorities and failure by the Progressive Labour Party government to open up the banking sector enough have put the future of Bermuda hosting casinos in doubt.

The comments come in the wake of a US firm, Century Casinos, dramatically pulling outof a planned gambling hub at the island’s oldest hotel, the Hamilton Princess & Beach Club.

The source told the Gazette that the government’s relationship with the Bermuda Gaming Commission (BGC) was putting off US investors and banks becoming involved in setting up casinos on the island.

Century Casinos cited the “current legislative framework” as a reason it had suddenly abandoned the Princess casino project after eight years’ involvement.

The source said banks on the island were unwilling to handle gaming proceeds as they could not secure a correspondent foreign bank and the regulatory regime raised doubts about whether profits could be made.

The Princess said it had ceased searching for a new operator until the BGC is able to provide a “viable path forward.”

In 2017, backers of the Princess casino predicted that it could create up to 100 jobs.

The collapse of the project is a blow for the government, which made casinos one of its four key areas of economic stimulus quo as the island grapples with a national debt of US$3.35 billion.

Despite being given a license, there is also still no date for the opening of a casino at the St Regis, the island’s newest hotel at the east end which opened in 2021.

“There is a problem with the regulatory environment as Century Casinos alluded to. The US banks want gaming to be independent, and the BGC looks anything but. A major disincentive is that Bermuda gaming regulation just does not look independent,” the source said.

“Regulations on how you would run a casino here all appear geared to those that would operate in a much larger jurisdiction, like California or Nevada, and for much bigger casinos than the teeny-tiny ones given licenses here.”

However, a government spokeswoman insisted that the BGC was independent, adding: “Any suggestion of influence over the commission is patently false.”

With the collapse of the project drawing international attention, Craig Cannonier, the One Bermuda Alliance (OBA) tourism spokesman, has called on Premier and Tourism Minister David Burt, who had earlier confidently predicted the first casino would open by the end of 2021, to hold urgent talks with licensees, banks and regulators to deal with the situation.

Casinos were approved in late 2014, two years after the OBA defeated the PLP in a general election. Building of the St Regis also started during the OBA’s term in office.

Following the decision by Century Casinos to walk away from the project, Cannonier said the island has a “big problem” establishing a job-generating gaming industry unless the PLP government acts to assure investors.

“I do know that at present proceeds of gaming cannot be accepted by banks,” said Cannonier.

Gambling enthusiasts are still unable to place wagers at betting shops on the island, which remain shut down.

Licences for four operators – Triple Crown Racing, Seahorses, Paradise Games and Game Time – expired at the end of March when they were forced to close.

None of the operators has submitted an application to the BGC for a new license.