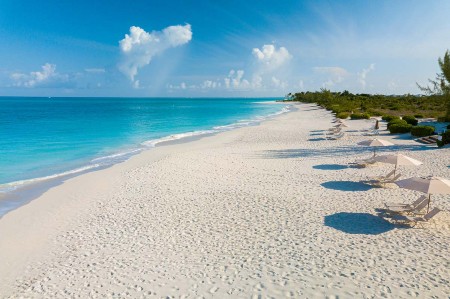 Photo courtesy of Turks and Caicos Tourism Board.Figures released here show that 138,762 air and 173,151 cruise arrivals came to the island in the first quarter of 2022.

“The tourism industry is poised for a full recovery,” said Mary Lightbourne, the acting Director of at the Turks and Caicos Tourist Board.

She said that the first quarter of 2022 has been particularly strong, year on year, in context to the destination recovering from the decline dealt to the sector by the COVID-19 pandemic over the last two years.

“We are indeed buoyed by these figures, in particular the month of March, which is critical to our sector. The first quarter, especially March, is traditionally excellent for winter vacationers, and has seen a robust [change] in visitor arrivals, almost paralleling the corresponding month in 2019, which saw the best pre-COVID arrivals for the sector.”

The 44,596 stopovers received in February this year was a significant increase of 248 percent year over year. The destination received only 12,798 stopover arrivals in February 2021; a direct result of the COVID-19 pandemic and the measures put in place to contain its diffusion.

The Tourist Board said in December last year, when the Turks and Caicos reopened its cruise sector,  a total of 25,573 arrivals had been recorded.

The US Centers for Disease Control and Prevention has lifted its risk advisory for cruise ship travel in March indicating that the public health measures in place on cruise ships are effective and will hopefully influence more cruise passengers.

“These arrival figures are indicative that the Turks and Caicos Islands continue to be a sort after destination. We are indeed on pace to increase our arrivals in the coming weeks and months, welcoming all our guests to our Beautiful by Nature isles,” added Lightbourne.