The Bahamas Lifts Travel Ban on Haiti and Cuba

NASSAU, Bahamas – The Government of the Bahamas says it has now resumed flights to Haiti and Cuba, thereby lifting the travel ban imposed on both Caribbean nations. 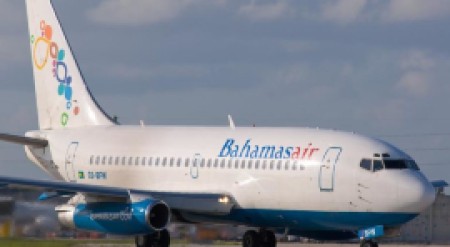 The announcement was made on Friday by the Prime Minister’s Press Secretary, Clint Watson who said the airline Bahamasair, had resumed its flights to Haiti .

“There will be two flights per week, Bahamasair: One to Cap Haitien, which was yesterday, and the other to Port-au-Prince, which will be on Saturday.

There will be four flights to Cuba each week.

The original ban on Haiti in February was explained as a decision to block travelers for three weeks as Haiti celebrated carnival.

At the time, few countries in the region had begun vaccination campaigns.

Prior to the ban, The Bahamas had regular, direct flights to Haiti.

The Bahamas received its first tranche of vaccines in early March, along with many countries in the region.

Haiti was left behind in the global and regional campaign effort.

Haiti did not begin its vaccination campaign until July.

The nation, which has been faced with increasing political and economic strife, has yet to vaccinate more than one percent of its population.

Watson, who was speaking during the weekly press conference,  noted that the Bahamas has fully vaccinated over 40 percent of its population in comparison, less than two percent of Haiti’s population has been vaccinated.

Watson also made reference to Jamaica, St. Lucia and St. Vincent and the Grenadines where – according to figures released in October – the vaccination rates are below 20 percent.