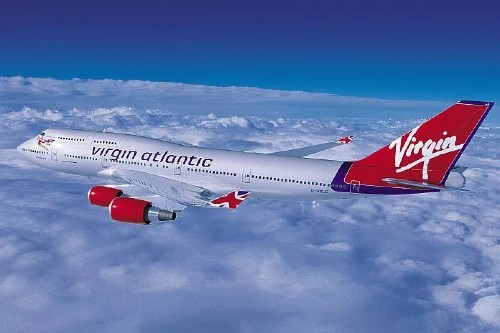 “We are grateful for the continued support of our airline partners British Airways and TUI, particularly over the past year as we reopened the country. Virgin Atlantic has been a long-term supporter and partner providing connectivity to the UK for many years, so we are delighted to welcome them back,” said newly appointed Tourism Minister Dr. Ernest Hilaire.

“As a new government, our aim is to increase overall capacity that allows for growth in the tourism sector that will result in increased employment for our people and the distribution of tourism benefits to communities. Therefore, the return of the service to St. Lucia is very encouraging. It bodes well for the continued trajectory of the tourism industry, and the impact on the local economy and livelihoods,” he added.

The United Kingdom has been St. Lucia’s second-largest tourism market and last month, it accounted for eight per cent of total arrivals and five per cent year-to-date of total stay-over arrivals, tourism officials have said.

Since the Virgin Atlantic ceased its schedule to St. Lucia in 2019, discussions have been ongoing between the parties including the St. Lucia Tourism Authority (SLTA).

A statement issued here said that they “have agreed to the provision of targeted marketing aligned with the airline’s 21 schedule geared at driving continued demand for airlift from the UK market.”

The new direct service will go on sale from August 18 and the statement said that “the increased capacity will serve to strengthen arrivals and provide options for visitors and returning nationals including greater connectivity for France and Germany via Heathrow”.

It said British Airways and TUI already operate direct services from the UK with British Airways scheduled to increase airlift during the winter with daily flights from November out of London Gatwick.

“The government of St. Lucia recognizes the partnership of the St. Lucia Hospitality Association (SLHTA) in the dialogue for the return of Virgin Atlantic and will continue to work with the private sector in rebuilding the tourism industry,” the statement noted.