HAMILTON, Bermuda – Royal Caribbean International (RCI) has cancelled plans to homeport its Vision of the Seas ship in Bermuda for seven-night cruises to the Bahamas, dealing a major blow to giving the island’s battered economy a much-needed boost, media here said on Thursday. 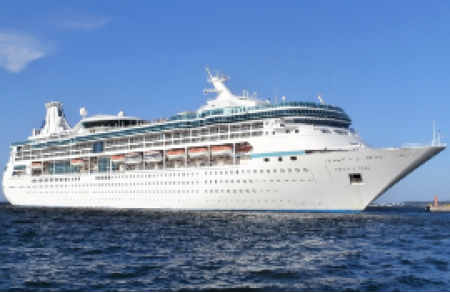 Vision of the Seas ship in Bermuda will not be homeporting in Bermuda after all.But a second line, Viking Ocean Cruises, is going ahead with its Bermuda homeporting plan.

Media quoted travel websites reporting that RCI issued a statement, citing the reason for the cancellation as a preference by US travelers to sail from ports closer to home.

According to an announcement on RCI’s website, the cruise line has suspended sailings of its global fleet through June 30.

Among a series of cancellations and itinerary changes, RCL said: “Vision of the Seas June 6 to August 29, 2021: Vision of the Seas was to resume operations from Bermuda beginning June 2021. However, in anticipation for our US return to service and following overwhelming feedback from our guests, the summer season in Bermuda will be cancelled.”

RCI announced in March that Vision of the Seas would homeport in Bermuda from June 26 for 12 trips to its private island, CocoCay, in the Bahamas.

The following month it started offering return flights from the US to Bermuda for as little as US$99 return in a bid to attract passengers to the homeporting voyages.

There was no immediate reaction from the Bermuda government.

In March, Transport Minister Lawrence Scott told Parliament that homeporting was a way to boost Bermuda’s tourism industry while ships were unable to sail out of the United States because of the COVID-19 pandemic.

He said three ships could homeport and it was estimated the initiative could put more than $40 million into the economy and create up to 60 part-time jobs.

RCI is reported as saying on Thursday: “The likelihood of cruises setting sail from the US this summer is greater each day, and with that, US travelers are increasingly showing a preference for more direct access to ports of departure.”

It added that it still looked forward to bringing its guests to Bermuda with “several ships across the Royal Caribbean fleet as we have for many years”.

“As we get back to cruising, our close partnership with the Ministry of Tourism and the Bermuda Tourism Authority is still focused on working toward the common goal of getting the community back on its feet by helping revive local tourism.”

Viking’s Orion will drop anchor here on Friday to complete quarantine before it homeports in Bermuda.

Scott said the ship will remain in the Great Sound for six days so the 460 crew members can complete a 14-day quarantine.

Scott said the ship will sail from Bermuda on a series of eight-day cruises and also call at the island’s three ports in Hamilton, St George’s and Dockyard with a reduced passenger capacity.

He added the ship’s normal 900-passenger capacity had been cut by 50 per cent and that only vaccinated passengers and crew will be allowed on board.

The so-called Bermuda Escape cruises are scheduled to end on August 3, but Scott said it was hoped the program would be successful enough to mean an extension.