New York, New York (October 21, 2022) – On October 4th I attended the Caribbean Hotel & Tourism Association’s (CHTA) 40th Caribbean Travel Marketplace in San Juan, Puerto Rico. While my primary reason for attending the event was to hear and cover tourism updates from the Caribbean, what struck me was that the conference was able to be held hardly two weeks after the island was walloped by Hurricane Fiona. 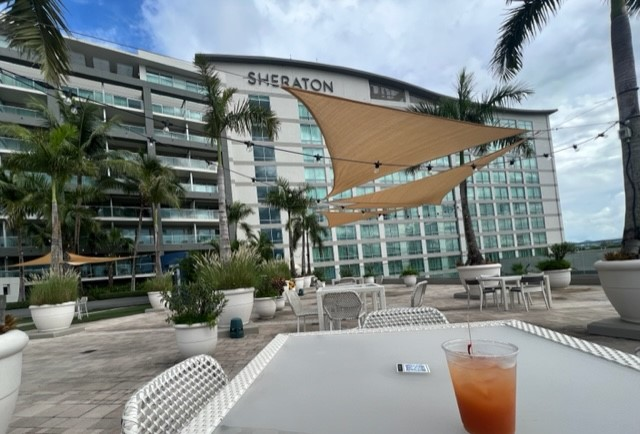 Sheraton Hotel and Casino, as seen from the pool deck. (Photo by Brandon Webley)As I flew into Luis Muñoz Marín International Airport in San Juan on September 30th, I sought out signs of hurricane damage. None were immediately obvious to me. It was clear that repair work, in San Juan at least, had been expedited. The city had moved swiftly to make sure centers of tourism recovered from any damage caused by the hurricane. The hotel I stayed in, the Sheraton Hotel and Casino, showed no signs of damage but seemed unusually empty. I was certain my initial experiences were rose-tinted.

As press, our hotel and stay accommodations were taken care of by Discover Puerto Rico, the official destination marketing organization for the island. Over the next few days, Discover Puerto Rico prepared tours for us around San Juan. Our first press tour, The Art Walk PR, took us to through the arts district El Gandul. There we met Georgie Vega, our guide and the founder of the art walk. 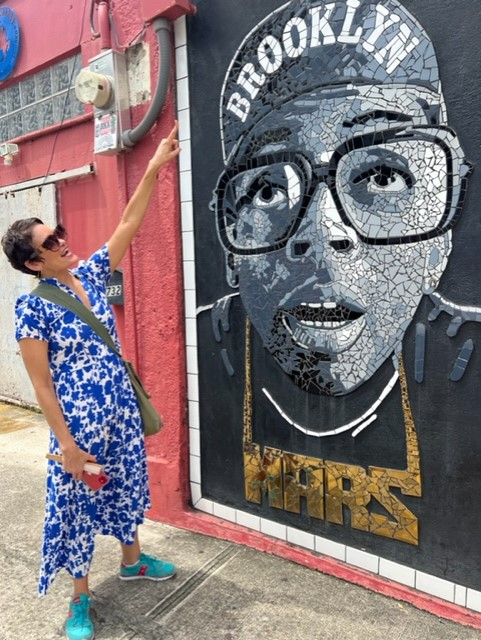 Founder and guide of The Art Walk PR, Georgie Vega. (Photo by Brandon Webley)She described the street art renaissance, and the recent economic gentrification that had been pushing out many artists that call the area home. Many artists are having to resort to opening bars and restaurants to fight economic hardship. For an art district with more than 2,000 murals, there was something obvious to me during my experience: we were the only tourists nearby. For many of the businesses in Puerto Rico that rely on travelers and tourists, this economic reality often follows a natural disaster. 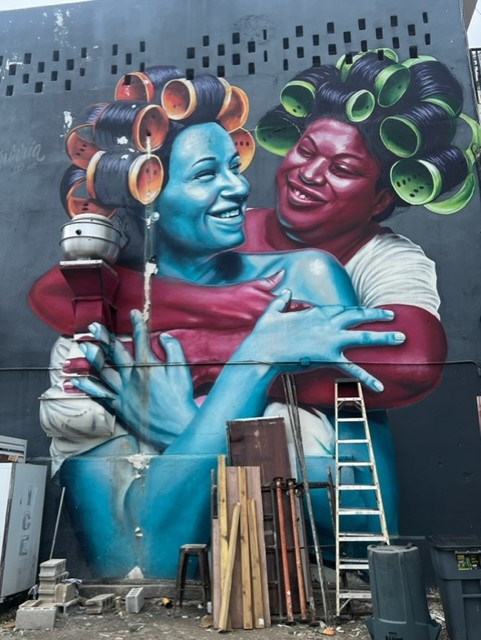 One of more than 2,000 murals painted around the art district El Gandul. (Photo by Brandon Webley)Perhaps more revealing, many residents of the district regained full electricity and running water only a few days prior. With the south-western part of the island being hit the worst, I wasn’t surprised to learn that 20% of the population remained without power. This is in stark contrast to the lavish beach front hotels and resorts that were able to restore power not long after the hurricane had passed.

The following day we attended a local culinary tour in the old city, Old San Juan. As we toured and tasted traditional foods, I noted that we were the sole occupants of each venue we passed through. For the historical center of the city to be this void of tourists was shocking. One shop owner told it to me straight: “September-October is usually the slow season for us, but I’ve never seen it as slow as this,” once again illustrating the economic reality for many Puerto Ricans following Hurricane Fiona.

On the first day of CHTA’s 40th Caribbean Travel Marketplace on Tuesday October 4th, CHTA President Nicola Madden-Greig presented the press in attendance with updates on tourism in the region. Travel to the Caribbean has been recovering faster than any other region of the world. In fact, the Caribbean is expected to see as much as a 15% increase in international arrivals this winter. 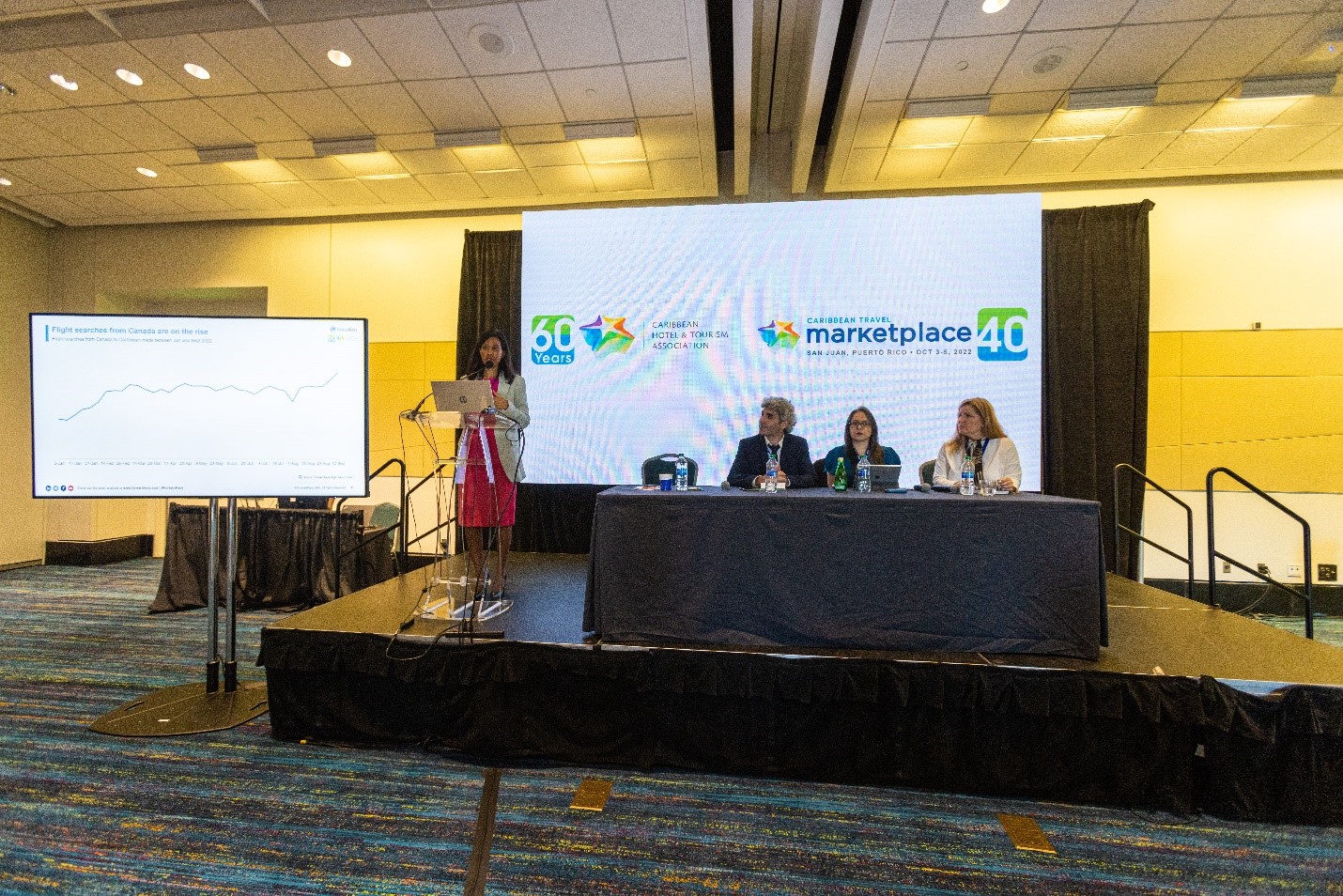 Olivier Ponti, Vice President of Insights at ForwardKeys, had this to say during his Marketplace presentation: “…each time disaster hits, it makes the headlines all across the world, and it triggers a spike in cancellations.” He further noted that this is exactly what they had seen after Hurricane Fiona hit Puerto Rico, they saw a huge increase in cancellations and “…new bookings pretty much went flat.” 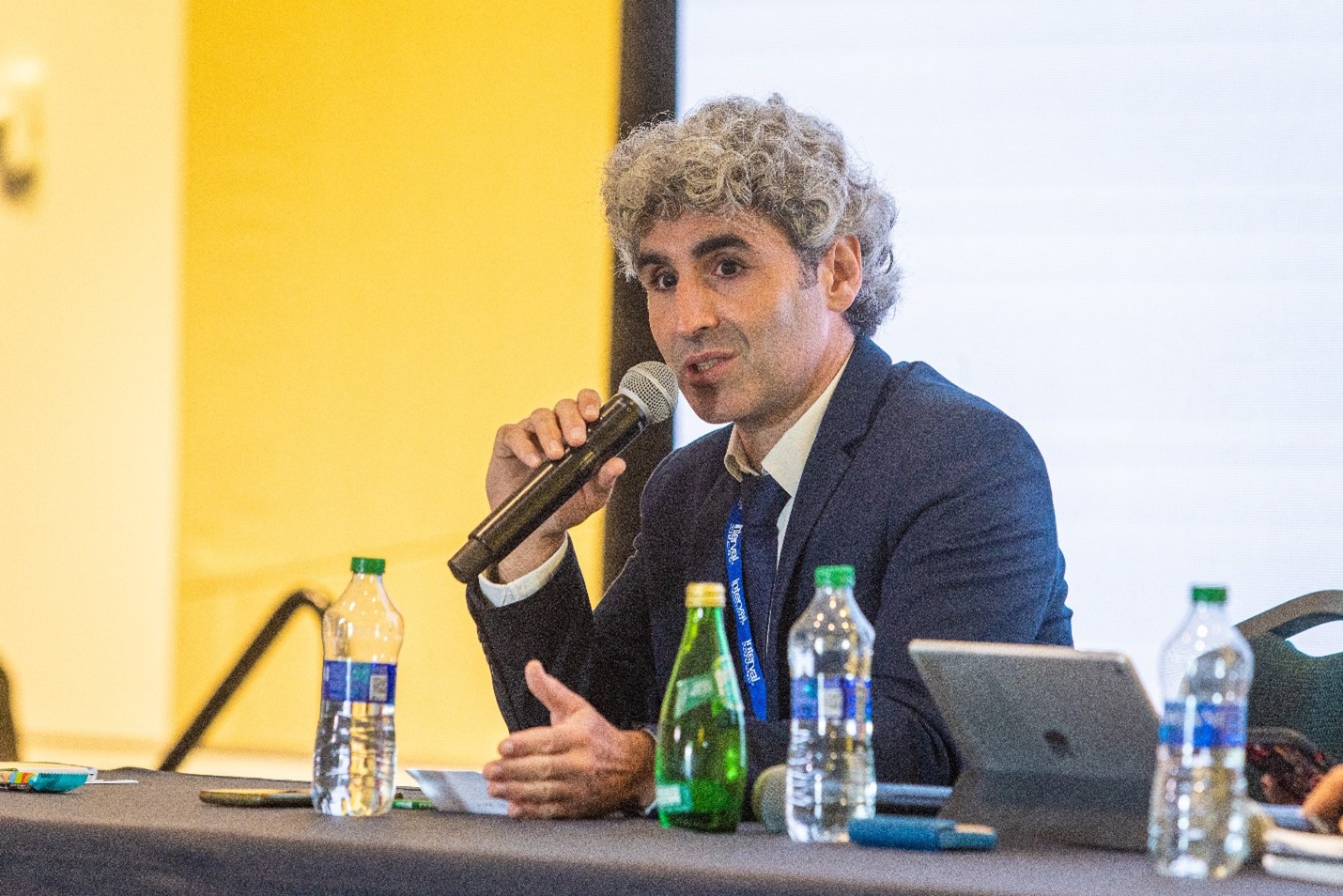 Olivier Ponti, Vice President of Insights at ForwardKeys speaks to assembled press. (CHTA photo)For an island that relies heavily on the economic spending of travelers, this is devastating. While it is important for news organizations to report on recent events quickly and accurately, members of the media need to recognize how sensationalizing disasters can skew public perception. Often, this skew in public perception can be detrimental to the very people the news reporting is meant to help.

I urge you, reader, to be mindful of how images you see on TV bias you against traveling to another country. Be critical of the images presented to you and be open about what you may experience in a country following natural disaster. When you visit a foreign country, use the time available to you to learn about the local people and culture, don’t limit yourself to your hotel or resort. Take a moment to visit a food stall, a cultural hub, and perhaps a historical landmark.

Think deeply about the ways in which your spending can uplift the local people of a country. In the process, you may discover new and novel cultural experiences otherwise hidden from the average traveler.

To the many Boricuas I met during my visit: Gracias por su bienvenida, volvere. Thank you for the welcome, I’ll be back. 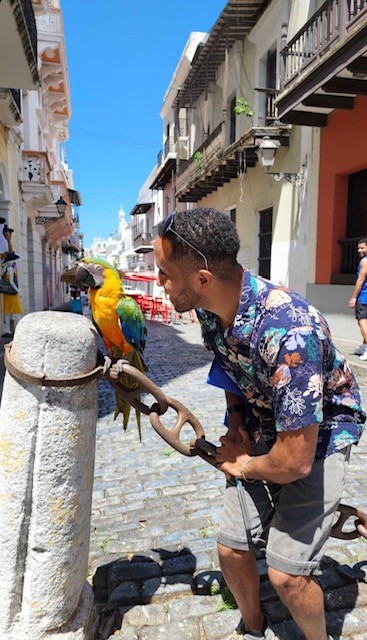