BRIDGETOWN, Barbados – Barbados Tuesday announced that it is the only anglophone Caribbean island that will have a direct flight from Amsterdam via the KLM Royal Dutch Airlines (KLM). 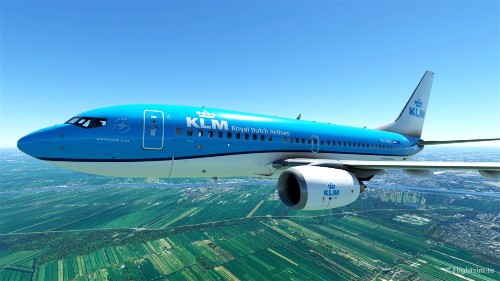 It said after a successful first season of operations in the winter 2021/2022, KLM will resume its flights to Barbados from October 18, and will operate three flights weekly into the Caribbean island on Tuesdays, Thursdays and Sundays.

Tourism officials here said as a result of the accessibility provided at Amsterdam Airport Schiphol, the KLM connection is particularly attractive for passengers from Netherlands, Germany, France, Italy and the Nordics.

Chief executive officer of the Barbados Tourism Marketing Inc (BTMI), Jens Thraenhart, said he is looking forward to the return of this flight as it further positions Barbados as an accessible island for our European tourists.

“The European market is an important market to Barbados and our offices in Europe have been working to find ways to make accessibility to Barbados easier for our European visitors. With KLM currently operating out of 90 cities in Europe, the resumption of this flight to Barbados strategically places the island as a reachable hub for all,” Thraenhart said.

“We are pleased at KLM’s confidence in building Barbados as a winter destination for its hub at Amsterdam Airport Schiphol. We will be working on programs in the market to support and defend this airlift and ensure we have a productive season.”

Manager Destination and Tourism Development at Air France-KLM, Emile Arnst, said ‘we are happy to return to Barbados this winter season and to encourage exploration of this exotic gem in the Caribbean via our hub at Amsterdam.”

BTMI said it is especially pleased at the return of the service coming just as the island prepares to host the annual Barbados Food and Rum Festival, from October 27 -30.

BTMI recently launched an advertising campaign showcasing KLM as an airline partner at Schiphol Airport, and since July at Milan Malpensa Airport and on a dedicated tram in Amsterdam.