KINGSTON, JAMAICA – Travelers seeking to immerse themselves in a destination where history comes alive need look no further than Jamaica.  Rich with the remains of over half a millennia of human exploration and development, the island destination serves up fascinating landmarks for both an enjoyable and educational getaway. 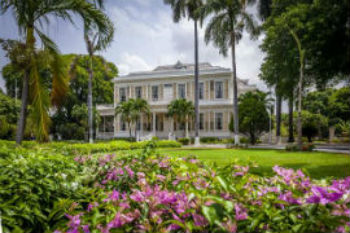 Devon House (Credit: Jamaica Tourist Board)In Kingston is Devon House, one of the most well-known historic mansions in Jamaica. It is a must-see for anyone wanting to experience the story of Jamaica’s history through the perspective of an individual aristocrat.  Completed in 1881 by Jamaica’s first black millionaire, George Stiebel, the stately mansion showcases 19th century architecture which has been preserved for over a century. Featuring handcrafted mahogany furniture, European antiques, Southern-style verandahs and a grand ballroom, Devon House transports visitors to an era of baroque luxury. The house also includes a library, a gaming room, grand Wedgwood ceilings and exquisitely carved fanlights above the doorways, earning the site the prestigious National Monument honor. Guests can take a tour as well as enjoy a meal and cool down with some of the famous Devon House I Scream, rated as one of the best ice creams in the world. 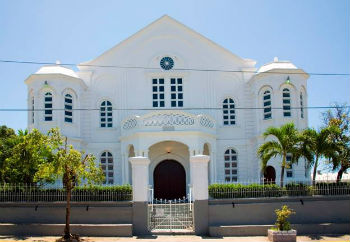 Jewish Synagogue in Kingston Jamaica (Credit: Jamaica Tourist Board)Travelers of all faiths can experience the Shaare Shalom Synagogue, one of the few Jewish temples on the island, and one of four “sand floor synagogues” remaining in the world. Built in the 17th century by descendants of Jews fleeing the Spanish Inquisition, the synagogue, located in Kingston, is a museum of Jamaican Jewish history and can host up to 600 people. Typically, services are a mix of tourists and the 300 or so Jewish Jamaicans. The synagogue floor is still covered with sand, the mechanism used by Sephardic Jews to muffle the sound of prayers during the Inquisition. With a grand collection of historical Judaica, the synagogue is considered one of the finest historical collections in the Caribbean. 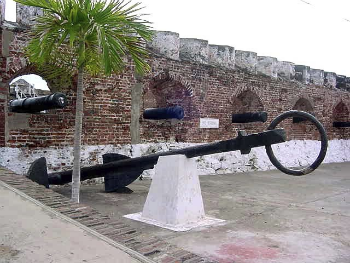 Port Royal (Credit: Jamaica Tourist Board)Port Royal, populated by Taino Indians before the town was founded in 1518 during Spanish rule, this town was once the largest Caribbean city and center of all trade and cargo shipping in the region. Today, it is a fishing village on the outskirts of Kingston and a great destination for travelers looking to get a glimpse of Jamaica’s past as a colonial center of naval exploration.  Port Royal lured pirates from all over the world, earning the city the nickname of the “wickedest city on earth.” Not much has been preserved of the old city to see on land, as a 1692 earthquake sunk several structures that have been preserved underwater, making it to be one of the Caribbean’s most vibrant marine ecosystems. An archaeologist and marine biologist’s dream come true, Port Royal’s historic buildings are best seen underwater, where an impressive reef system has grown atop the sunken structures.  Several boat tours and private charters are available to see a hidden city bustling with marine life just below the blue surface. 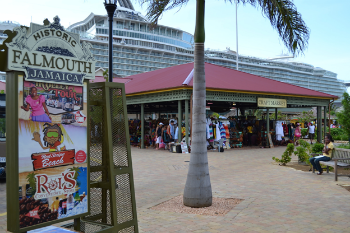 Port of Falmouth (Credit: Jamaica Tourist Board)A popular way to visit Jamaica is by cruise ship, and the cruise port in the historic town of Falmouth is one of Jamaica’s most notable ports. Founded in 1769, the town has a bustling market and relics from the era of the island’s booming sugar industry. Today, Falmouth is the best example of preserved Georgian architecture in Jamaica.  Thanks to a restoration project completed in 2011, cruise passengers can experience a taste of colonial Jamaica during their short land visit. Of particular note is the Jewish Cemetery, one of the few places where you can see tombstones with both the star of David and skull and crossbones, a memory of the era of Jewish pirates.  A popular way to experience Falmouth is on an immersive and educational walking tour, which can be booked through several tour operators. 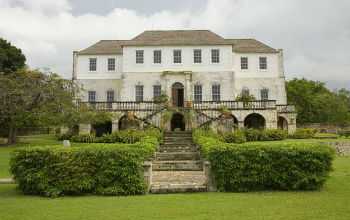 Rose Hall Great House (Credit: Jamaica Tourist Board)The Rose Hall Great House, in Montego Bay, is one of Jamaica’s most famous “haunted” locations.  The Georgian-style mansion is the property’s centerpiece and was built in 1742. The supernatural tale associated with the Great House is of the “White Witch” Annie Palmer who learned voodoo craft in Haiti before moving to Jamaica. Annie allegedly murdered her three husbands as well as many other slaves on property, before she was murdered by a slave. Now, this beautiful 7,000-acre estate overlooks the sea and still captures the original aesthetic of the 18th-century colonial architecture, thanks to a 1970s restoration project funded by American entrepreneur John Rollins.  Haunted night tours are offered at Rose Hall where many travelers can still feel the presence of the White Witch. Golfers can also live the legend by playing the White Witch championship golf course, overlooking the scenic Caribbean.

From preserved sites of disasters and battles to walkthroughs of luxury, ornate mansions, historic travel in Jamaica is as engrossing as it is educational.