GEORGE TOWN, Cayman Islands – Tourism and Transportation Minister, Minister, Kenneth Bryan, Monday acknowledged that the Cayman Islands does not have a policy to keep its hotels small but small hotels “definitely works well with our market”. 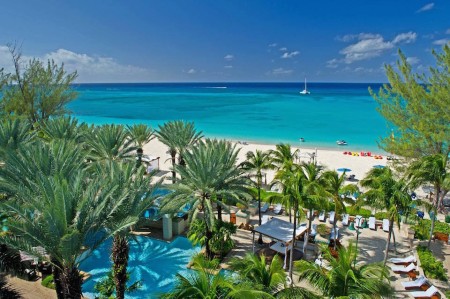 He told the Caribbean Tourism Organization's (CTO) “Destination Media Briefing” that the British Overseas Territory will continue to shy away from all-inclusive accommodation as new investments in the tourism sector are being planned for the island.

“As you can tell, we’re a very expensive destination because we are the cream of the crop. And the expectation and delivery comes with a special title or approach. And sometimes the all-inclusive element is not something we want to deliver; so more private, intimate service is what we always try to give our guests to make sure that their memories are never forgotten,” Bryan said.

He said that between January and June 2022, the Cayman Islands welcomed over 114,000 stay-over visitors, accounting for 63 percent of 2019 pre-pandemic figures.

Bryan said he has asked the Department of Tourism to try to attain 40 percent of the 2019 tourism accommodation revenue, noting “we anticipate that we will need approximately 200,000 stay-over visitors by the end of this year to achieve this target.

He said judging by the numbers and how they’re trending “I am confident that we are on target to deliver over a quarter million visitors by the end of this year.”

Bryan said the Cayman Islands’ tourism performance must be considered particularly against the backdrop of the pandemic. 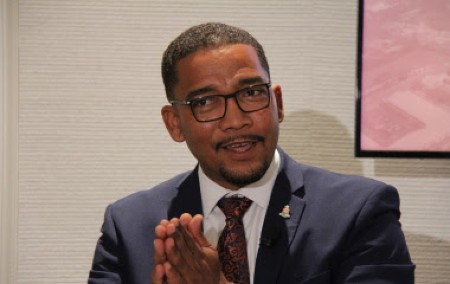 He said that because of the swift and decisive actions taken to combat the spread of COVID-19, the islands became known as “having the strictest containment policies within the region, if not in the world”.

Bryan said the government’s policy was to protect lives above all else, adding that the economy survived for over a year without tourism, because of its financial services.

“Looking back, we were one of the first islands to close our borders and among the last to reopen,” he said, adding that all of this changed a few weeks ago when the destination dropped all COVID-19 protocols.

The minister said the data showed that 48.1 percent of the destination’s stay-over guests are repeat visitors, 3.5 percent higher than 1in 2019

Further, hotel room rates in the destination have returned to the peak pre-pandemic levels.

“We all know that the rate a hotel is able to charge per night is driven by market forces. This tells us for the first half of this year, there was a high demand for hotel rooms and travelers have been willing to pay more for a chance to vacation in the Cayman Islands after the challenges and stresses of being locked away with COVID-19,” Bryan said.

He said the data also showed that the average age of visitors to the Cayman Islands was 43 years “which is aligned with our more affluent target audience.

“Though we have a long way to go to get back to our pre pandemic arrivals, the month-on-month increase demonstrates that for every key performance indicator, the needle is moving in the right direction.”

The authorities said that there are nine properties in the pipeline, which include five completion dates ranging from the year 2023 to 2025. When completed, these new properties will add several new international brands for the accommodation sector and will provide jobs in the industry.

Bryan said that three months after cruise tourism resumed in March, there were 77 cruise calls, carrying close to 213,000 passengers.

“This performance is encouraging and the feedback from the Caymanian small businesses and entrepreneurs who work in this sector has been very positive,” Bryan said, adding that the Cayman Islands has a wonderful relationship with the cruise sector and the major partners deployed out of Florida.

He said that relationships are about respecting each other’s rights and benefits.

“And we recognize that they’re trying to make more money with bigger ships. But we also recognize that we were very special little islands and we want things a different way. I am a representative of my people and my people have said that the environment is more important to them and the longevity of our country from a sustainable perspective than cruise itself.”

The tourism and transport minister said that does not mean that the destination cannot do more things in the sector, adding that the Cayman Islands has had many conversations with the cruise lines suggesting the upgrade tenders to make them more conformable to transfer cruise passengers from ship to shore.

He said that eventually, the Cayman Islands will “separate the two worlds of cargo and cruise which we currently have”.

Bryan said the “unfortunate issue” of the destination’s fast growth in cruise tourism arrivals is that because of the focus on financial services, the cruise and cargo facilities are located close to each other.

He said that as he has ministerial responsibility for ports and transport it is part of his portfolio to consult with citizens and come up with a resolution and that the island is working to address bottlenecks during the peak daily period at its airport.

“The bottleneck is every airline wants to come exactly at the same time,” he said, adding that having expanded the airport, “nobody knew that the numbers the airport would have still not been able to deal with so many planes at one time”.

Bryan said he was in discussion with the deputy premier, who is responsible for border control “to fast track people who are arriving and dealing with also customs”.

He said the government has recognized that the “importation duties is so minuscule compared to the value of the services and then enjoying the transition off the plane into a taxi, into a hotel that we’re almost subsidized and saying, ‘you know what, don’t worry about that, let’s give you a pre-check”.

“Again, I say a good problem to have but we’re working on that,” Bryan said, adding that the government has commissioned a review on the expansion of the airport.