HAMILTON, Bermuda – Bermuda is to start allowing unvaccinated tourists into the island. 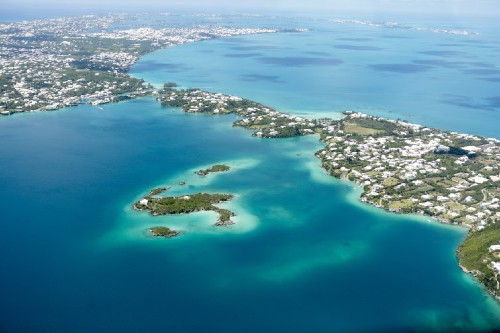 Under current regulations, unvaccinated non-residents aged 12 and above are not permitted entry to the island.

The announcement came as Bermuda’s active COVID-19 cases fell sharply over the last week, down to 144. Seven people are being treated in hospital but none is in intensive care.

The easing of rules against the virus follows the major step taken on April 1 of dropping mask requirements in many of the island’s public settings.

Unvaccinated visitors must take a COVID test no more than two days before landing in Bermuda and then test again on day 4 of their stay.

Under the amendments to quarantine legislation, unvaccinated visitors must have valid travel health insurance to enter the island.

Critics of government regulations imposed during the pandemic say they have hurt the tourism recovery.

Although the vaccination rule for tourists is to be lifted next week all arrivals — including residents — will still have to fill in a travel authorization (TA) form before entry which costs US$40, down from the initial US$75.

The opposition One Bermuda Alliance has long called for the TA form – expected to rake in more than US$20 million for government coffers this year – to be scrapped.

Former premier Michael Dunkley has blasted it as a “stealth tax”, but Premier David Burt has said it will remain in place until next March.

Although Bermuda has seen a gradual increase in visitors in the first two quarters of the year, arrivals are still way down on pre-pandemic levels, with 2019 having been a record year when more than 800,000 tourists came in by air and sea.