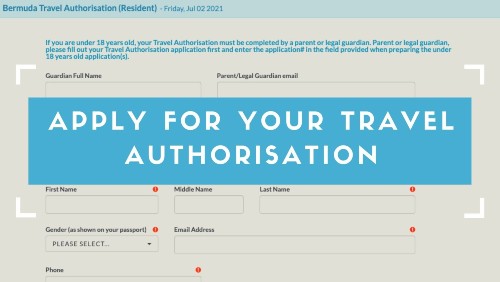 It means the US$40 fee, along with proof of vaccination or medical insurance, will end on that date.

From November 14, the Bermuda Tourism Authority (BTA) is to reinstate the Bermuda arrival card, a digital form for visitors only, which was in place before the pandemic.

The card captures visitor data, generating tourism statistics for the country and provides visitors, who opt in, with relevant, timely communications to enhance their stay. It is meant to be completed before travel to the island.

Tourism Minister Vance Campbell, said: “Our government has delivered on our pledge to protect the health and safety of our residents and visitors, and now with the earlier end date for the TA, travel to Bermuda will be simpler for our visitors.”

“We are especially appreciative of our partners in the Ministry of Health for the collaborative approach to solving our shared challenges. This is exciting news that will help to restore a frictionless travel experience for our visitors.”

Stephen Todd, the chief executive officer at the Bermuda Hotel Association said: “Bermuda’s hoteliers are thrilled with the decision to end the TA three weeks early.

“This move comes at a crucial time before the US Thanksgiving travel period. This is a time when we anticipate welcoming visitors looking to take advantage of the current fall into winter promotions. It should also support demand in time for the return of three additional direct flights from Miami, JFK, and Toronto.”

Premier David Burt initially said the TA form — which has had to be completed by visitors and returning residents alike — would continue until next spring. It is expected to rake in more than US$20 million for government coffers, with the current fee down from the original $75.

The opposition One Bermuda Alliance had long called for the form to be scrapped, Michael Dunkley claiming it was a stealth tax. Leading restaurateur Philip Barnett said the government had scored “an own goal” with its testing requirements.