Antigua and Dominica Announce They are Lifting Travel Restrictions

ST. JOHN’S, Antigua, CMC – Two CARICOM countries have announced the lifting of all restrictions for air passengers entering their territories as they emerge from the socio-economic impact of the COVID-19 pandemic on their respective populations. 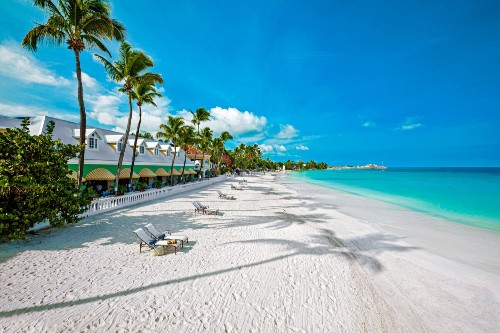 Sandals Grande Antigua. (Image courtesy of Sandals Resorts International)Antigua and Barbuda and Dominica, which have so far recorded 145 deaths and 8,949 infections and 68 deaths and 14,852 infections respectively, announced Thursday that the protocols have been removed.

According to a statement issued following the weekly Cabinet meeting, Antigua and Barbuda said that the authorities have decided that all COVID-19 restrictions are to be lifted for arriving passengers by air.

“With respect to passengers arriving aboard cruise ships, the Cabinet has decided to adhere to the protocols enforced by the cruise lines until such time as the cruise lines themselves alter their protocols. The Permanent Secretary in the Ministry of Foreign Affairs will publish an updated Travel Advisory and the new revised rules that will become effective shortly after publication,” the statement said.

In the case of Dominica, the amended COVID-19 protocols came into effect on Thursday with the acting chief executive officer of Discover Dominica Authority, Kimberly King saying the removal of the testing protocols is a step in the right direction.

“We are happy to announce the amendments of protocols for entry into the Commonwealth of Dominica. We at Discover Dominica Authority and by extension the Ministry of Tourism, International Transport and Maritime Initiatives are very elated for the removal of pre-arrival testing for unvaccinated travelers and the removal for testing on arrival for symptomatic travelers.

“This yet again is a step in the right direction as it is going to ensure an ease of access and overall an ease for travelers to the Commonwealth of Dominica and most certainly ahead of one of the biggest festivals, the World Creole Music Festival, in October 2022,” she added.

Several other CARICOM countries have in the past announced measures to ease the travel restrictions as the region re-opens following the closure of several borders due to the pandemic that killed and infected thousands of people in the Caribbean.