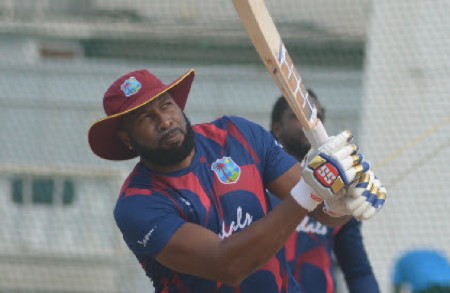 Kieron Pollard has retired from international cricket after a 15-year career.The 34-year-old all-rounder, who made his international debut in 2007, revealed his decision in a video on social media in which he said he was proud to have worn the maroon colors for more than a decade.

“After careful deliberation, I’ve today decided to retire from international cricket,” he said in the video on Instagram. “As is the case of many young persons it was a dream of mine to represent the West Indies team from the time I was a boy of 10 years and I’m proud to have represented West Indies cricket for over 15 years in both the T20 and ODI forms of the game.”

He said leading the West Indies team, which he did with “passion, openness, courage, and everything I could ever possibly give both on and off the field without ever compromising my principles and integrity”, was the highest honor bestowed on him.

The Trinidadian, who had captained the West Indies ODI and T20 sides since 2019, expressed gratitude to the West Indies selectors, management teams and, in particular, head coach Phil Simmons “for seeing potential in me and for the faith they steadfastly had in me throughout my career”.

“This and the confidence Cricket West Indies showed in me was particularly reassuring as I stepped up to take on the challenge of leading the team,” he said. “I wish to express my sincere thanks and appreciation to the President of CWI Mr. Ricky Skerritt for his unwavering support and encouragement, especially during my time as captain.”

Pollard added that while he would no longer be representing the regional team on the field, he would offer support in other ways, where possible.

“As I move on and make room for those who will carry the game forward in West Indies colors, know that I will always be supporting in whatever way I can. It is with profound gratitude for living my dream that I now raise my bat in salute to all that is West Indies cricket,” he said.

He last played for West Indies in February in the ODI and T20I series against India which the Caribbean side lost.

Pollard, who has never played a Test match for the West Indies, played a total of 123 ODIs in his international career, scoring 2,706 runs and picking up 55 wickets.

He is the third-highest run-scorer in T20 cricket, with 11,509 runs in 587 matches, most of which came from his participation in T20 franchises.