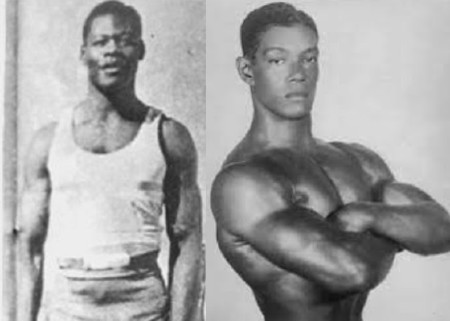 Rodney Adolphus Wilkes (left) and Lennox KilgourWilkes, Trinidad and Tobago’s first Olympic medalist, and Kilgour will be honored at the Hall of Fame ceremony on November 14.

President of the TT Olympic Committee (TTOC) Brian Lewis said it’s important the two sporting heroes’ significant contribution be recognized and not be forgotten by the weightlifting world.

“We are delighted that these two icons of Olympic weightlifting and sport in TT have been recognized by the continental weightlifting authorities,” he said in a statement.

“The recognition of the outstanding achievements of TT’s first Olympic medalists is deeply appreciated given that this year the TT Olympic movement is celebrating 75 years.”

Wilkes, who died in 2014 at the age of 89, won two Olympic medals in two different Games. He was the first athlete from the twin-island republic to win an Olympic medal, getting silver at the London 1948 Olympic Games in the featherweight division. In the 1952 Olympic Games in Helsinki, he won bronze, and in the 1956 Melbourne Games he finished fourth.

Apart from his medal-winning performances at the Olympics, Wilkes won the gold medal at the first Pan American Games in Buenos Aires in 1951. In 1946 he became internationally known with his first place in the Central American and Caribbean Games in Barranquilla, Colombia. He also won gold at the 1954 British Empire and Commonwealth Games.

Kilgour, won the bronze medal in the medium heavyweight category at the 1952 Olympic Games, and was a silver medalist at the 1951 Pan American Games and at the 1954 Commonwealth Games. He died in 2004 at the age of 75.