DOHA, Qatar - A decision whether or not Jamaican sprinter Veronica Campbell Brown will continue her track career, after giving birth to her first child, will be made by year-end, according to her management team. 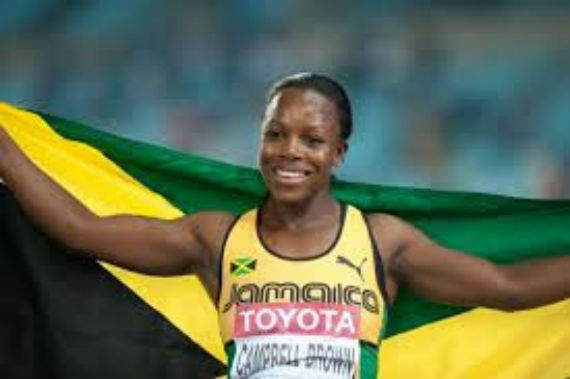 Will Campbell Brown come back or wave goodbye?United States-based Campbell Brown, a former world and Olympic champion, became a mother in February. She is considering a comeback, with an eye on competing in next July’s Olympic Games.

“… Veronica, being the competitor that she is, we have sat down, we have had discussions and we will continue to have discussions. And, prior to the end of calendar year, a decision will be made.”

Campbell Brown, popularly known as “VCB”, turns 38 a couple months before the Olympics, among the main incentives for her wanting to return.

“(VCB) is getting on in age so obviously there are not a lot more international windows for big championships, like the Olympic Games or this one (WCA),” Bryan explained. “… The decision to run or not to run would be made cognizant of the fact that next year is the Olympic Games.”

Campbell Brown is married to former Jamaica athlete Omar Brown. The couple’s daughter is Avianna Amora. At the time of his conversation with Caribbean Today Bryan said she had not yet returned to full training, describing Campbell Brown’s program as “just active rest.”

Several mothers have returned to successful careers in track and field, including Jamaica’s Shelly-Ann Fraser-Pryce, who won a fourth WCA 100 meters title here. Her son was born in Aug. 2017.

Campbell Brown won gold in the 200 meters at the Olympics (twice) and WCA. She’s also won WCA gold in the 100.