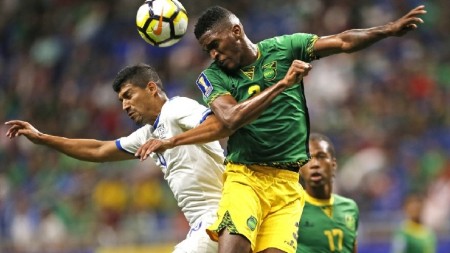 Damion LoweThe 28-year-old center-back has been given a contract running through the 2023 season, with a club option for 2024.

The club said Lowe will bolster the club’s backline, bringing years of experience, including as captain for Jamaica.

“Damion is a capable center-back who has proven himself at the international level for Jamaica and we’re happy to welcome him at Inter Miami,” Chief Soccer Officer and Sporting Director Chris Henderson said in a media release on Sunday.

“I’ve known Damion for a long time and I’m sure he’ll welcome this challenge to break into MLS while helping us achieve our objectives. We’re looking forward to continuing to solidify our backline with this signing.”

Lowe has been a regular for the Jamaican national team since making his senior international debut in 2016. Overall, he has made 41 appearances for the Reggae Boyz, competing in FIFA World Cup Qualifiers, Concacaf Gold Cup, Concacaf Nations League, and the Caribbean Cup. He has been a standout for the team in that time, serving as captain on several occasions, helping the team reach the 2017 Caribbean Cup final and 2017 Concacaf Gold Cup final, as well as being selected to the 2021 Concacaf Gold Cup Best XI. Lowe played every single minute in Jamaica’s four matches at the tournament, with the team only conceding three total goals. He has also scored two goals for his national team.

He also spent two stints abroad, including most recently spent over a year with Al Ittihad in the Egyptian Premier League. He signed for the club in November 2020, becoming the first Jamaican to feature in the league.

In his time with the team, he made 32 total appearances, netting two goals in the process. From 2017 to 2020, Lowe featured for IK Start in Norway, helping the team achieve promotion to the first division in his first season with the team. Overall, he made 57 appearances, registering four goals and two assists.