Trinidad and Tobago Out of 2023 Women's World Cup Contention

MONTERREY, Mexico – Trinidad and Tobago failed to make it into 2023 Women’s World Cup, falling 1-0 to Panama in what was a must-win Group B finale in the 2022 CONCACAF Women’s Championship (CWC) on Monday night. 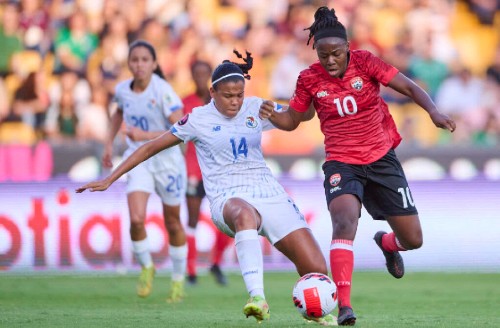 It was the Women Warriors’ last chance at securing qualification for the World Cup in Australia/New Zealand.

Marta Cox was the hero for the winning side at the Estadio Universitario, notching a goal late in the first half to deliver the three precious points to Panama, who will take part in the 10-team Inter-Confederation Playoff next February by virtue of their third-place finish in the group.

The first goal chance of the day went the way for Trinidad and Tobago, as a free kick from Karyn Forbes in the 18th minute looked to be destined for the top left corner of net, only for 2018 CWC Golden Glove winner and Panama goalkeeper Yenith Bailey to soar to her right to make the save.

There would be a goal before halftime and it came off the boot of Cox in the 43rd minute when she received a pass from Lineth Cedeno, eluded a defender and then beat Trinidad and Tobago goalkeeper Kimika Forbes for a 1-0 Panama lead.

Panama came out for the second half with the same intensity and intent on finding a second goal to put the Soca Warriors on the ropes.

Trinidad and Tobago managed to absorb the pressure and then started putting the Panama defense on their heels a bit, as play opened up entering the final 20 minutes.

In the end, though, Bailey and the Panama defender were able to nail down the clean sheet victory to book their playoff spot.