LONDON, UK – Injury-hit striker James Vaughan, who holds the record of being the youngest player to score in the English Premier League, has announced he is to retire at the age of 32. 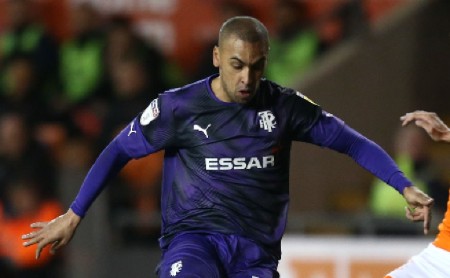 In October 2012 Vaughan had indicated his desire to represent Jamaica’s Reggae Boyz at international level, but nothing came of it.

League Two Tranmere were the 13th club of his career and he steps down after a season in which he scored 22 goals in 38 appearances.

“I think you get to a point when mentally and physically you know it’s time,” he told the club’s website.

“I’ve been thinking about it for a few months now and after the recent injuries, it just feels like now is the right time to move onto the next chapter of my life.

“It was a really difficult decision to make. Coming to Tranmere was perfect for me at this stage of my career and I’ve loved every minute of it.

“The club, the fans and everyone around the place has treated me incredibly. The hardest part about retiring was knowing I wouldn’t be playing for Tranmere next season.”

A knee injury meant Vaughan, who had a year left on a two-year deal he signed in August 2020, did not start a game between February 27 and May 20 before he returned for Tranmere’s play-off semi-final against Morecambe, which Rovers lost 3-2 on aggregate,

The former England Under-21 international ends his career with 111 league goals in 363 appearances.