ST JOHN’S, Antigua – Captain Kraigg Brathwaite believes next month’s two-Test of Sri Lanka will provide West Indies with the ideal opportunity to close out a “strong” year in the longest format. 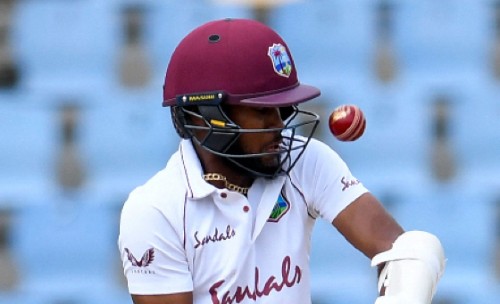 West Indies Test captain Kraigg Brathwaite.The Caribbean side are scheduled to arrive in the Asian country on November 10 and will play two Tests at Galle – the first starting 11 days later and the second carded for November 29 to December 3.

“Obviously Sri Lanka is a very strong team especially [at] home but as a team we look forward to the challenge,” Brathwaite said.

“It won’t be easy but last time we went down [there] we did decent as a team – obviously that was a couple years ago. But we look forward to the challenge.

“There are good memories there and obviously we’re looking to close off the year strong for West Indies.”

West Indies drew nil-all with Sri Lanka in a two-Test series in the Caribbean back in March and now have not beaten their opponents in 18 years home or away.

On their last tour there, West Indies lost both Tests by emphatic margins.

However, Brathwaite said results on the upcoming tour would be critical especially with vital Test championship points on offer.

“That is key with the championship now. I think we’ve had a good year so far and it would be great to finish the year strong and make West Indies fans proud,” said the 28-year-old opener.

Like West Indies, Brathwaite has endured a mixed year, averaging nearly 35 from eight Tests with an excellent 126 in the second Test at North Sound and 97 against Pakistan in Kingston last August.

Brathwaite, who also hit a half-century in the opening three-day trial match last week, said he felt in good nick and was anticipating being among the runs on the upcoming tour.

“I look forward to building the foundation for my team. The more often I do that we will put ourselves in a good position. All the batters – even in this practice game – they were looking good and spending time,” he pointed out.

“It felt good to spend time in the middle. That’s always key and obviously the guys are looking good, and it was good to come and get some batting as well. It’s important to spend time.”