HALLANDALE BEACH, Florida – Barbadian trainer Saffie Joseph has not been daunted by his Kentucky Derby disappointment last weekend, and is hoping Skippylongstocking can deliver when he sends out the three-year-old colt later this month in the 147th Preakness Stakes. 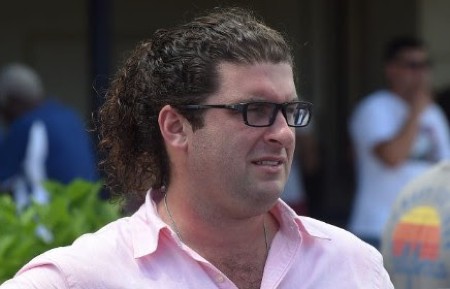 Barbadian trainer Saffie Joseph Jr.There were high hopes for White Abarrio in last Saturday’s ‘Run for the Roses’ at Churchill Downs but he never challenged and finished a distant 16th behind winner Rich Strike – the longest odds in the race at 80-1.

Joseph has pulled White Abarrio from the remaining legs of the Triple Crown – the Preakness and next month’s Belmont Stakes – but will saddle Skippylongstocking for the outing at Pimlico on May 21st with the hope he can pull off the type of upset witnessed in the Derby.

“Skippy makes one run, so the more distance the better for him,” said the 35-year-old Joseph.

“He was coming off that allowance win at Gulfstream and in the Wood [Memorial] he ran another top number, so he’s deserving of a chance.

“Seeing the Derby, anything can happen in races. I don’t know if another shocker can happen, but we’re going to give it a go.”

Rich Strike was a late entrant for the Derby, only sealing a spot 24 hours before the race, after Ethereal Road was scratched.

In a stunning performance, the chestnut colt then chased down the field, catching favorite Epicenter and Zandon in the final strides to become the longest shot to win a Kentucky Derby in a hundred years.

His only win this year came over another mile and eighth trip but this time at Gulfstream Park in a claiming event, indicating his preference for the longer distances.

A son of Exaggerator, the winner of the 2016 Preakness Stakes, Joseph is banking on lightning striking twice.

“I hope he follows in his father’s footsteps,” Joseph said.

Skippylongstocking worked on Tuesday at Gulfstream Park’s satellite training center Palm Meadows in one of his final outings before heading to Baltimore.