ST JOHN’S, Antigua – A “revolutionary” fast-paced format of cricket is to be launched in the region in August, organizers Cricket West Indies (CWI) and the Caribbean Premier League (CPL) announced Wednesday. 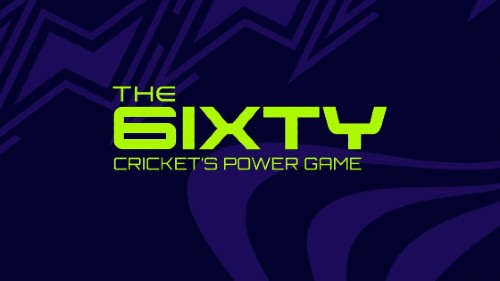 THE 6IXTY, which is being referred to as Cricket’s Power Game, will see men’s and women’s teams compete in a 60-ball tournament with new rules that include each batting team having just six wickets, teams losing a fielder if they bowl too slowly, and fans voting for the timing of a “Mystery Free Hit” where a batter cannot be dismissed by the bowler.

“This is a hugely exciting moment for both CPL and Cricket West Indies as we create a tournament that will see cricket fans brought closer to the game,” said CPL CEO Pete Russell.

“There will be world-class men’s and women’s cricketers taking part in a fantastic event for the Caribbean and this combined with cutting-edge innovations, signals a great moment for all fans of West Indian cricket.”

In THE 6IXTY, there will be 30 balls bowled from one end before the action switches to the other end for the final 30 balls; the 30 balls will be delivered as 5 separate overs, with no bowler being able to bowl more than 2 overs for the innings; and if teams do not bowl their overs within the allotted time a member of their team is removed from the field for the final six balls.

Additionally, each batting team will have two PowerPlay overs and can unlock a third by hitting two sixes in the first 12 balls. That extra PowerPlay over can be taken at any time between the third and ninth over.

CWI President Ricky Skerritt said he was excited about “the innovation, excitement, and entertainment that it is going to bring to the fans”.

The first edition of THE 6IXTY will take place August 24th-28th at Warner Park in St. Kitts and Nevis, with games being played back to back. There will be six men’s teams and three women’s teams.

The organizers said future expansion plans include the potential of multiple events at different locations around the Caribbean and beyond.

SKYEXCH is the title sponsor for the first year of the tournament.