Reggae Boyz Pair Lowe, Gray on the Move in UK 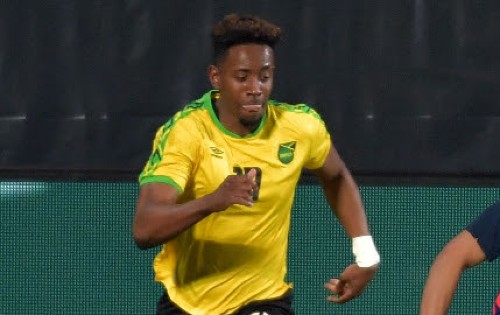 London-born Lowe, 27, worked his way up through non-league football and joined Portsmouth in January 2017.

He scored 30 goals in 119 games for Pompey, helping them win League Two in 2017 and the English Football League Trophy a year later.

He spent the 2019-20 season at Wigan Athletic, scoring six Championship goals in 46 league games, before moving to Swansea last summer and scoring 14 times.

“He has gained valuable experience as he has moved through the leagues, culminating in helping Swansea reach the Championship play-offs last season.

“At 27, we believe his best days are ahead of him and are delighted to have brought him to AFC Bournemouth.”

Wolverhampton-born Gray, 30, joined Watford from Burnley in August 2017, and has scored 21 goals in 125 appearances for the Premier League outfit.

QPR boss Mark Warburton managed the striker at Brentford during the 2014-15 campaign, when he netted 17 league goals.

“I wanted to go somewhere where I can try to get back to my best,” Gray said.

“Obviously the manager had a massive part to play [in me joining the club].”

Lowe and Gray both made their debuts for the Reggae Boyz in a 4-1 defeat by the United States in a friendly in March, Lowe getting the team’s consolation goal.