LONDON, UK – Reggae Boyz newcomers Amari’i Bell and Liam Moore were both on target on Tuesday night, but enjoyed contrasting fortunes in the English Championship. 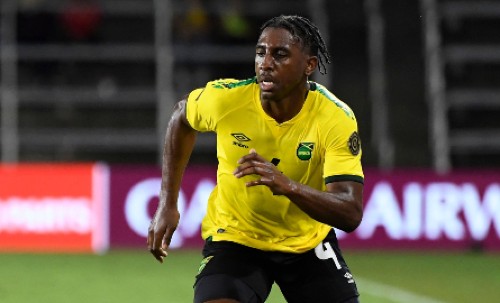 Luton Town won at Barnsley for the third Championship season in a row thanks to a fourth-minute Bell strike – his first for the club since moving from Blackburn Rovers – that earned a 1-0 victory.

The southeast England outfit had scored seven goals in three games in all competitions and their attack again looked sharp when a ball from Cameron Jerome, who is of Grenadian descent, picked out 27-year-old wing-back Bell, who coolly swept home from just outside the box.

Reading captain Moore, a 28-year-old center-back, scored a late goal – his second in three games – but his 81st-minute strike could not prevent visitors Bristol City winning 3-2 as they claimed their first victory of the season, after surviving a late rally by the Royals at the Madejski Stadium.

It marked City’s first win since March 13 – a winless run in all competitions going back 15 games.

Although his team won, there was further disappointment for Bermudian striker Nahki Wells, who remained on the bench for the second time this season, only coming on as a second-half substitute in the other league match, apparently not in manager Nigel Pearson’s good books.

Wells, 31, did captain City in their English League Cup game at Forest Green, but they lost on penalties to the Gloucestershire outfit.

Matt’s 33rd-minute opener set up unbeaten Forest Green’s 2-1 win at Rochdale, but Tuesday’s victory was marred by serious injury to defender Udoka Godwin-Malife late in the game which caused a lengthy stoppage.

Matt’s goal came after Matt Done made a hash of an attempted interception, allowing Kane Wilson to race free down the right and square for the experienced Jamaican – the club’s top scorer with 17 goals last season – to rifle a composed finish wide of goalkeeper Jay Lynch.

Anthony Stewart, a 28-year-old defender of Jamaican descent, maintained Wycombe Wanderers’ unbeaten start to their League One campaign with a dramatic stoppage-time equalizer in a 1-1 draw at Wigan Athletic.