No Glory for Hammers Star Antonio as Reggae Boyz Thrashed

KINGSTON, Jamaica – Michail Antonio’s much anticipated debut for Jamaica’s Reggae Boyz ended in misery as the home side suffered a chastening 3-0 thrashing at the hands of Panama, in the second match of their 2022 World Cup qualifiers here Sunday night. 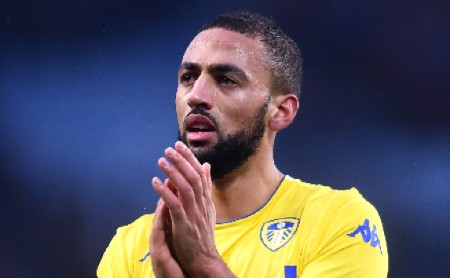 Debutant Kemar Roofe had the best chance of the game for the Reggae Boyz.Playing before an empty National Stadium due to COVID-19 pandemic protocols, Jamaica fell behind to Andrés Andrade’s wonderful solo effort in the 14th minute, before finding themselves down 2-0 at half-time through Rolando Blackburn’s 39th minute header.

Cecilio Waterman heaped further frustration on the hosts when he finished off a counter-attack in the 82nd minute, leaving Jamaica with their second defeat in as many matches following their 2-1 loss to Mexico at Azteca last Thursday.

Antonio, the West Ham star who has already scored four goals in three matches in the English Premier League this season, cut a frustrated figure throughout the game and had little impact before being hooked in the 70th minute.

“We were too open tonight. It was too easy. They cut through us on numerous times,” said UK-born center back Liam Moore, who plays for Reading in the English Championship.

“There were a lot of occasions in the game where they were four-v-four, sometimes even five-v-four and that’s something we need to sort out moving forward.

“We’ve got a long [way] to go but obviously with results like that, that won’t be possible so we need to fix it really quickly.”

He added: “There’s still faith in them (the team). We were really unlucky against Mexico not to get something. If we go back to the fundamentals that were clear for everybody to see against Mexico, it will stand us in good stead against Costa Rica [on Wednesday].”

Jamaica struggled from the outset to gain a foothold in the contest, their best chance coming when a loose ball fell to another debutant Kemar Roofe in the box, the Rangers forward putting an instinctive shot over the crossbar from close range.

With Jamaica still struggling for control, there was no surprise when they went behind on the quarter-hour mark, Andrade nicking a pass off Roofe in the center circle before producing an unchallenged run and unleashing a low 20-yard drive to beat goalkeeper Andre Blake to his left.

The warning signs of a second goal were there when Blake saved from Jose Rodriguez from the right side of the box in the 35th minute and then snaffled Blackburn’s near point-blank header two minutes later.

And the goal finally arrived in the 39th, full back Eric Davis crossing from an advanced position down the left into the box where Blackburn out-jumped Moore, to head past Blake.

The United States-based duo of Devon Williams and Junior Flemmings were introduced following the break for the UK-based pair of Ravel Morrison and Bobby Reid, but the changes had little positive effect.

Jamaica’s best chance of pulling one back came in the 80th minute when Danien Johnson hung one up in the box from the edge of the penalty area only for goalkeeper Luis Mejía to tip Roofe’s glancing header over the bar.

Minutes later, all hope evaporated when Adalberto Carrasquilla played in Waterman during a counter-attack, the half-time substitute turning center half Alvas Powell – a 70th minute substitute – before slipping the ball coolly past the advancing Blake’s left.