GOLDEN VALLEY, Minn. — Minnesota United today announced it has signed defensive midfielder James Musa. The New Zealand international has a green card and will not occupy an international roster spot. 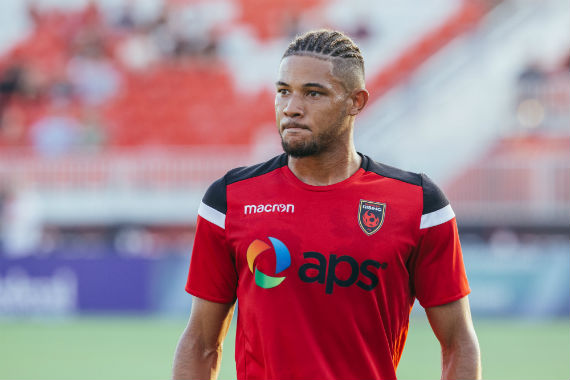 “James is one of them players who’s been in and out of the league and he’s been on that cusp of being in the league,” said MNUFC Head Coach Adrian Heath. “We had a good long chat with James because we’ve got the likes of Hassani Dotson, Jan Gregus, Ozzie Alonso in front of him — a really competitive area of the field — and he’s up for the challenge. Physically, he’s very imposing, very athletic. Really good personality, he’s very strong-willed and we think he’s going to come in and try to compete. He knows it’s going to be tough but he’s prepared to embrace the challenge and compete for a starting spot. He’s got the opportunity, so it’s up to him to take it.”

Musa, 27, joins the Loons after playing two seasons for USL Championship team Phoenix Rising. The midfielder started 20 games for Phoenix in 2019 and was a regular during the club’s 20-game win and unbeaten streak in 2019 and during the club’s playoff run, which ended in the semifinals against eventual USL Championship winner Real Monarchs. During his two seasons with Phoenix Rising, Musa played 54 games across almost 4,000 minutes with three assists and two goals scored.

A tall, athletic midfielder with experience playing in England, Australia and New Zealand, Musa adds defensive depth to the midfield. Musa began his professional career with Wellington Phoenix, a New Zealand team in the Australian A-League. He signed with Fulham FC, of the English Premier League, in 2012 and spent time on loan with Hereford United FC. Musa began playing for USL’s Saint Louis FC before spending the 2016 season with Sporting Kansas City.