Lewis, Butterfield are Bermuda’s Athletes of the Year for 2019 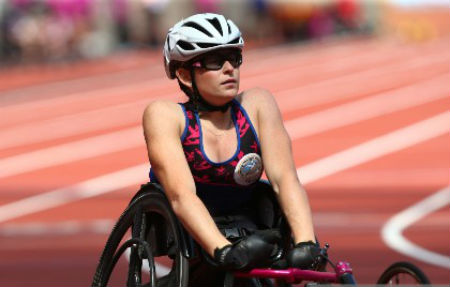 “Lewis” With the win, Lewis ended the five-year reign of triathlete Flora Duffy.

Lewis, 27, said winning her first athlete of the year award was a “dream come true.”

Bermuda’s top athletes of 2019 were honored for their achievements at a behind-closed-doors sports awards ceremony at the Berkeley Institute after the annual glitzy affair, scheduled for March at the Fairmont Southampton resort, was postponed because of the coronavirus pandemic.

Lewis enjoyed a superb year in 2019, winning three of her events at the Parapan American Games in Lima, Peru, claiming gold in the T53 100 meters and 400 meters, and silver in the 800 meters.

Lewis told the ceremony, which included a handful of winners and their families, as well as Premier David Burt: “I’ve dedicated my life to being an athlete and growing into a strong and capable person who will stop at nothing until my dreams are complete.

“Receiving this award has always been at the top of my list. Being able to create a life that allows me to represent our beautiful island has truly been a great gift.”

Butterfield, 37, also enjoyed an impressive season, winning the Mazda Ironman 70.3 Cozumel in Mexico, clocking an overall time of seven hours, 44:01 minutes to join a handful of triathletes to break the 7:45 barrier for the four kilometer swim, 180 kilometer bike and 42 kilometer run.

His time was the second fastest in history over that distance in an Ironman-branded race.

Butterfield also shattered his own national marathon record at the Lake Biwa Marathon in Otsu, Shiga, Japan, finishing in 2:21:47 to finish in 60th position, bettering his previous best of 2:26:29.

Jim Butterfield, an Olympic rower and former triathlete, accepted the award on his son’s behalf.

Duffy, 32, who missed the first eight months of the 2019 season because of a foot injury, was honored with a Senior Achievement award in recognition of her fifth Xterra World Championship title in Kapalua, Hawaii, in October.