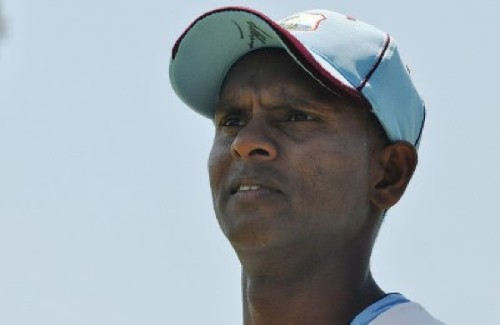 Chanderpaul is second on the all-time West Indies run-scoring list in Tests and is one of just two players – along with Brian Lara – with over 10 000 runs. The Guyanese lies third on the ODI run-scoring charts behind Chris Gayle and Lara.

“It’s an amazing honor to follow the footsteps of many legends and so many other great cricketers of the past,” said Chanderpaul, who played his last game for West Indies seven years ago.

“I’m grateful for the recognition and would like to enjoy the moment with family, friends and most importantly the West Indies cricket fans and fans around the world who passionately supported me throughout my career.”

Cricket West Indies on Tuesday hailed Chanderpaul as “the man for all seasons”, stressing that his “commitment and adaptability” had been two of the qualities behind his outstanding career.

“On behalf of all West Indies cricket stakeholders, I congratulate Shivnarine ‘Shiv’ Chanderpaul for receiving the highest honor of his career to date,” said CWI president Ricky Skerritt.

“Shiv’s story exemplifies all that is good about him and the game of cricket – his hard work, commitment, adaptability and his resulting growth and achievements on and off the field.

“His love for the game is unmatched, and he demonstrated throughout his two decades on the field that he was the man for all seasons.”

He continued: “From the early days in the Under-19 set-up in Guyana, Shiv showcased his immense batting talent. He honed his skills and worked tirelessly to become the number 1 ranked batsman in the world.

“He embodied the statement ‘heights of great men reached and kept were not attained by sudden flight’. Shiv toiled hard to improve and at every stage was able to re-invent his game to meet the demands.

“We salute Shiv for his immense contribution to West Indies cricket and world cricket.”

ICC chief executive, Geoff Allardice said Chanderpaul, along with Edwards and Qadir, were great “ambassadors” of the game.

“The ICC Hall of Fame continues to celebrate the iconic individuals that have shaped the history of cricket,” he noted.

“Only the very best are honored in this way and it is wonderful to commemorate the lasting contributions of Shivnarine, Charlotte and Abdul.

“These three ambassadors of our great game enjoyed tremendous success on the international stage and are richly deserving of their status as ICC Hall of Famers.”