Jamaican Kevon Lambert scored his first goal of the season in a sterling performance as Phoenix Rising FC defeated hosts Reno 1868 FC in a penalty shootout to reach the Western Conference final of the United Soccer League on Saturday night. 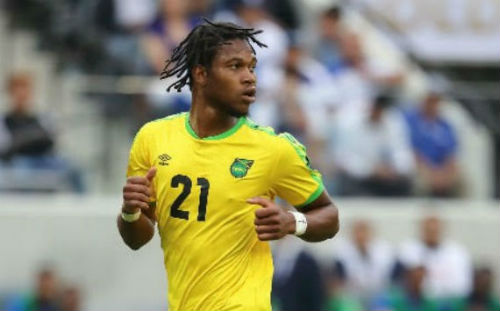 Jamaican Kevon Lambert.With the score locked at 2-2 following two periods of added extra time at Greater Nevada Field, Phoenix put away all five of their spot kicks, with their goalkeeper Zac Lubin then saving the all-important fifth from Reno’s Aidan Apodaca.

“He was flying around everywhere, making huge challenges and he deserved that first goal,” Lubin said.

“He was a guy who I think put the team on his back and said ‘we’re going to win this.’”

Playing without their leading scorer, Jamaican Junior Flemmings who is serving a controversial ban, Phoenix found themselves staring at elimination, down 2-0 after 40 minutes.

Corey Hertzog was gifted the opening goal in the sixth minute when Lubin mistakenly passed the ball into his path in the penalty area, for the 30-year-old forward to tap in from close range.

And when Kevin Partida finished off a busy move by Reno also from close range, the hosts had taken a stranglehold on the game.

Phoenix’s revival began in injury time when Lambert pulled one back for the hosts to offer them a lifeline at the break.

A blocked shot fell to the 23-year-old’s feet and he maintained his composure from five yards to beat goalkeeper Benjamin Beaury.

Solomon Asante then grabbed the equaliser in the 71st minute but neither team could find the winner in regular time.

There was disappointment, however, for Jamaican teenager Nicque Daley, Bermudian winger Zeiko Lewis and Trinidad and Tobago’s Leland Archer as their Charleston Battery went down 1-0 to Tampa Bay Rowdies at Al Lang Stadium in St Petersburg.