Jamaican Thompson on Shortlist for Female Athlete of the Year

MONACO,  CMC – Jamaica sprinter Elaine Thompson-Herah is one of five athletes shortlisted for the Female World Athlete of the Year award. 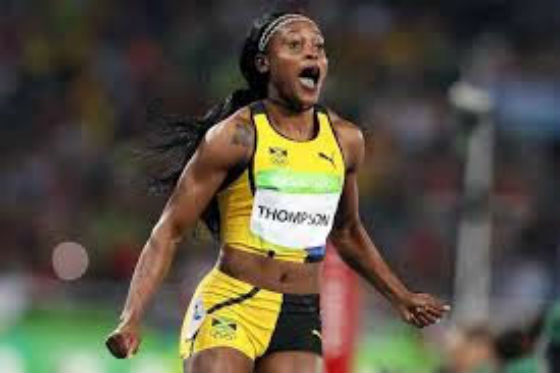 The sport’s international governing body, World Athletics announced on Tuesday that Thompson-Herah, Letesenbet Gidey of Ethiopia, Sifan Hassan of the Netherlands, Peres Jepchirchir of Kenya and Yulimar Rojas of Venezuela were the five finalists for the award.

Though the COVID-19 pandemic substantially curtailed the international track & field calendar for the year, Thompson-Herah was undefeated over seven 100 metres races.

She logged a World-leading time of 10.85 seconds over the distance at a Diamond League meet in Rome, Italy, and clocked 10.87 secs in her final race of the season in Doha, Qatar.

Thompson-Herah, 28, the 2016 Olympic sprint double champion, will face stiff competition to clinch the award because the other four athletes produced brilliant performances across a range of disciplines.

Gidey set a world record of 14 minutes, 06.62 seconds over 5000m at the World Record Day meet this past October in Valencia, Spain, improving on Tirunesh Dibaba’s 12-year-old mark of by more than four seconds, and was second over the distance at the Diamond League meet this past August in Monaco.

Hassan finished a world record of 18,930m in the one-hour run at the Diamond League meet in Brussels this past September and established a European record of 29 mins, 36.67 secs over 10,000m, the fourth fastest performance in history, on home soil in Hengelo this past October.

Rojas, another strong contender, was undefeated in four triple jump competitions indoors and outdoors and broke the world indoor triple jump record with a distance of 15.43m at a World Athletics Indoor Tour meet in February this year in Madrid.