KINGSTON, Jamaica – Jamaican Jazmine Fenlator-Victorian has failed in her bid at the Court of Arbitration for Sport (CAS) to compete in the two-woman bobsleigh event at the Beijing Winter Olympics. 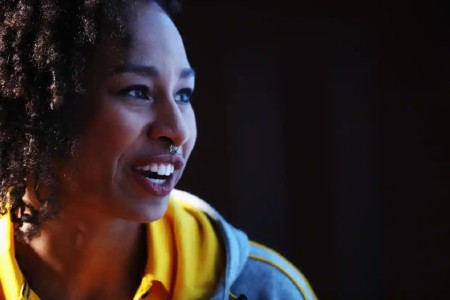 Jazmine Fenlator-Victorian (Photograph: Ker Robertson/Getty Images)The Ad hoc Division of the CAS on Monday denied her application to overturn a decision by the International Bobsleigh and Skeleton Federation (IBSF) which she felt allocated spots for the Olympics based on an inaccurate points tally and gave France the spot instead of Jamaica.

Fenlator-Victorian, who is already in the women’s monobob event, had asked CAS to set aside the IBSF’s athlete point ranking table; recalculate the point rankings based only on races that actually occurred and without retroactively double counting any races; and grant the final two-woman quota spot to Jamaica.

She also requested the ISBF and International Olympic Committee add an additional quota spot to be given to the French team to permit greater inclusion of female athletes in the Beijing Winter Games.

However, the three-member arbitration panel that heard the matter via video conference on Sunday evening, dismissed the application on Monday.

It said the full award with reasons will be published shortly.

Fenlator-Victorian, 36, who is competing in her last Olympics, had said in a statement when she filed the application at CAS that she was “appealing to protect my rights and the rights of my country to participate fully in the Olympic Games”.

“Representation matters so much, we need to raise silenced voices as well as make space for diversity,” she said, adding that there should be more room for female participation.

In addition to her monobob entry, Jamaica has a four-man bobsleigh in the upcoming Winter Games.