NEW YORK, NY – Jamaica’s tourist capital Montego Bay will once again serve as host for the third staging of The Jersey Mike Jamaica Classic. One of the top College Basketball pre-conference season events, the weekend tournament will take place Friday, November 22 to Sunday, November 24 at the Montego Bay Convention Centre. 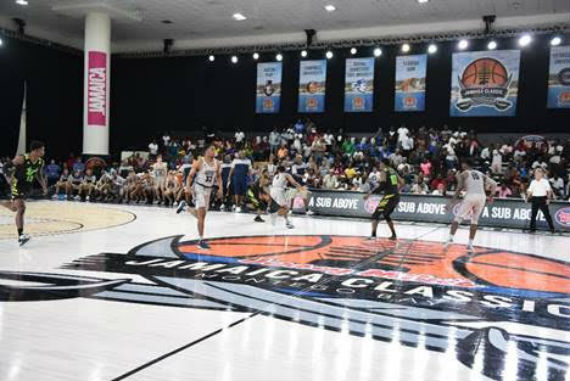 Jamaica’s Director of Tourism Donovan White, is pleased that the Jamaica Tourist Board (JTB) is again on board as a sponsor of the Jersey Mike’s Jamaica Classic. “Sports tourism is one of the areas of focus for us as a destination and we are pleased with the growth of the tournament over the past three years. We look forward to hosting you in our tourism capital, and the Montego Bay Convention Centre will be transformed into a spectacular basketball arena of cheering fans who have travelled to the island to support their team,” said Director White.

As part of its efforts to increase awareness and heighten interest, the JTB organized a seven-market radio promotion where one lucky fan and a guest from each market will win a trip for two to the tournament. Markets include Baltimore, Baton Rouge, Dallas, Detroit, Greensboro, New Orleans and Salt Lake City. Accommodation for the winners will be provided at the Playa operated Hilton Rose Hall and Hyatt Ziva Rose Hall.

Fans interested in traveling to Montego Bay to follow their team and enjoy the beauty of one of the world’s top vacation destinations, can visit JamaicaClassic.com and click on the ‘Book Travel Now’ button for information on all-inclusive travel packages, including VIP hospitality and premium level game tickets.

For the third consecutive year, The Jersey Mike’s Jamaica Classic will be broadcast on the CBS Sports Network, with all eight Championship round games of the of the event televised live from Montego Bay. Action begins on Friday, November 22 at 11:30am ET.

For more information about the Jamaica Tourist Board, visit: www.jtbonline.org.