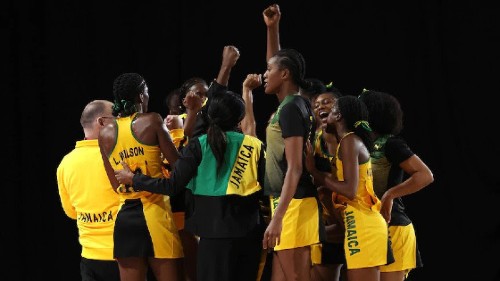 World Netball (WN) updated the rankings on Monday, confirming Jamaica among five more teams that will be invited to compete at the Netball World Cup 2023 to be held in Cape Town, South Africa from July 28 to August 6, 2023, based on their ranking position.

Since the last WN World Rankings update published on March 1, 2022, several international test series and events have taken place, and WN noted that Jamaica’s ranking has improved by one position.

“Within the top six teams, Jamaica has moved up to third in the world, whilst England has dropped to fourth. This comes after Jamaica made history at the Birmingham 2022 Commonwealth Games making their first final and winning a silver medal,” it said.

This means that Australia (1st), New Zealand (2nd), Jamaica (3rd), and England (4th) will be invited to compete in next year’s World Cup. Uganda (6th) will also be invited. They have also qualified through their world ranking due to South Africa (5th) pre-qualifying as hosts.

A total of 16 teams will compete at the event.

While Jamaica moved up the rankings, Trinidad and Tobago and Barbados slipped down the table. The twin-island republic is now one place down at 11th while Barbados fell two places to 14th.