WASHINGTON, DC – Major League Soccer (MLS) is investigating an incident in which a racist slur was allegedly used against Jamaican Damion Lowe during his Inter Miami’s game against DC United on Sunday night, even as the Jamaica Football Federation (JFF) says it will give him any needed support. 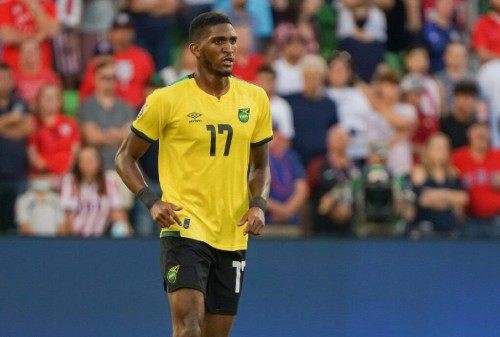 Damion LoweIt is alleged that DC United’s Greek forward Taxi Fountas used the N-word towards the Reggae Boyz player an hour into the MLS match, when the two had an altercation.

The two were given yellow cards when the situation escalated.

According to reports, Inter Miami players threatened to walk off the field and subsequently spoke with manager Phil Neville who then had a conversation with DC United’s manager Wayne Rooney who substituted Fountas.

“MLS has zero tolerance for abusive and offensive language and we take these allegations very seriously,” an MLS spokesperson said in a statement.

“An investigation into this matter will begin promptly. Further information will be provided upon completion of that investigation.”

“A word was used that I think is unacceptable in society. I think it’s the worst word in the world. I called the players over. I asked them if they were okay. I told them that we were going to stick together, deal with this, that it was unacceptable. There is . . . no place for racism in society, never mind on a football field,” the Inter Miami manager said.

The JFF said in a statement on Monday that it fully supports Lowe.

“The JFF strongly condemns and abhors racism in any form, whether on or off the field and we stand ready to give whatever support is necessary to Damion,” it said.

However, in a statement posted to his Instagram account, Fountas said he did not use the word he was accused of using.

“That despicable racial slur is one I denounce and did not use. We had a hot discussion on the field, but I have not racially abused anyone. I firmly reject racism in any form, it is despicable. I have many friends from many cultures. I always respect the culture, religion and skin color of each person, I am therefore very upset by this accusation and saddened to be falsely accused,” he said.