COLUMBUS, Ohio,– Trinidad and Tobago winger Kevin Molino will miss Friday’s start of the Major League Soccer season, after being ruled out for up to two months with a recurring hamstring injury. 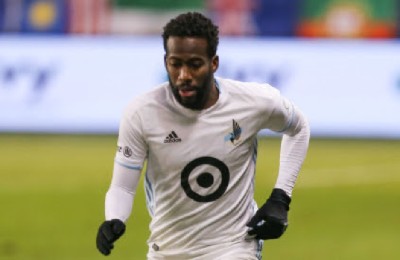 Trinidadian winger Kevin Molino.The 30-year-old was expected to start for new club Columbus Crew SC for whom he signed back in January in a multi-year deal on free agency, after departing Minnesota United FC.

However, he now finds himself sidelined for the first of seven league games with next Sunday’s season opener against Philadelphia Union, and will also miss out on the quarter-finals of the CONCACAF Champions League.

Crew head coach Caleb Porter said while Molino would be a huge loss, it was critical he recovered properly so he could be at his best.

“He had three or four minor ones (injuries), and I think what we’re seeing with him is he needs a thorough kind of return-to-play strengthening and address some of the issues he’s had in the past that maybe weren’t corrected,” Porter said.

“These are tricky, these injuries, and we certainly want him in now, but it’s really important that we get him right and get that thing strengthened, and we don’t want to have a bunch of little hamstring issues this year.”

At best, Crew do not expect Molino to be available until mid-June, hopefully following the MLS two-week break.

Overall, Molino has netted 32 goals along with 27 assists from 104 MLS regular-season outings.