BRIDGETOWN, Barbados – Men’s chief selector, Roger Harper, has argued that the number of players losing their central retainer contracts for the upcoming year is a reflection of the lack of consistency in West Indies cricket, and believes this has implications for performance standards at international level. 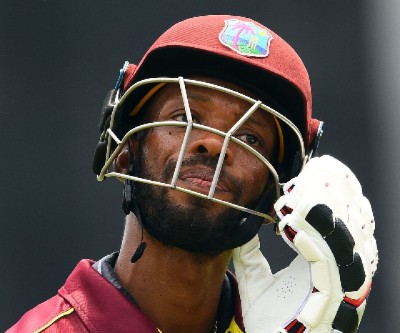 Roston Chase lost his all-formats contract.Eleven players, eight of whom featured in the white-ball format, failed to hold on to their contracts this week, with their performances falling below the required benchmarks during the evaluation period.

Admitting the situation was “concerning”, Harper said it was critical players at all levels of the West Indies system understood the link between their personal performances and those of the international squads.

“It is concerning that consistency seems to be an issue for our players,” Harper said following the announcement of the new central retainers for the year beginning July 1.

“And this is something we want to make sure our players understand, that if our teams are going to perform consistently and be successful, that our players themselves have to be successful, and we have to aim to be world class performers.

“I think that’s a message we have to send to our franchise players, our players playing regional competitions, our players from youth level, that no longer can we just be working to get into a West Indies team.

The likes of batsmen Shimron Hetmyer, Sunil Ambris, Sheldon Cottrell and Oshane Thomas were all axed from the list of white ball contracts while Roston Chase, Test vice-captain on the tour of New Zealand as recently as last December, lost his all-formats contract.

“Sheldon Cottrell was at the top of the tree from a white ball bowling perspective. Oshane has been one of the players we thought with tremendous potential – at his best he can really be a wicket-taker and a shock bowler for us, but a set of things sort of compounded to not allow them to be retained.

“A lot of these players had fitness issues as well.”

Thomas, a 24-year-old burst on to the scene with much promise three years ago, earning himself tours of England and New Zealand last year, before falling out of contention recently.

Cottrell, meanwhile, was West Indies’ leading bowler at the 2019 World Cup with 12 wickets and continued to spearhead their attack until fitness issues also saw him lose his spot in the squad.

Hetmyer struck the last of his five ODI hundreds in December 2019 but has also seen his career stunted by lack of fitness while Chase, who has made five Test hundreds, scraped 33 runs from his last six innings in a serious decline of form.

Harper stressed while players were not readily discarded, it was incumbent on them to produce consistently in order to make a case to selectors for their retention.

“We have to appreciate as well that these are performance-based contracts, so the contracts are awarded based on performance during the evaluation period, as well as the selection panel must feel that the players will play a major role or form the nucleus of the various teams going forward,” Harper explained.

“The players who were not awarded contracts, their performances over the period did not meet the necessary criteria and as well, you had new players who came to the fore and performed.”