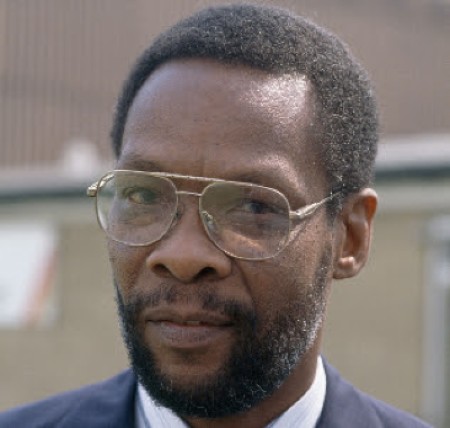 Late West Indies all-rounder, David Holford.The icon, who turned 82 last month, was consistently respected and a successful player for Barbados, whom he captained 26 times in the West Indies Championship and led to seven titles.

“He always spoke about what Barbados’ cricket meant to Barbados, and he paid a lot of attention to the preparation of our national teams,” Riley said in a tribute on the BCA’s website.

“As chairman of the West Indies selection panel, he was responsible for picking Shivnarine Chanderpaul at a very young age, and the rest is history.”

Tall and slim, Holford developed into a generally accurate leg-spinner and more than reliable batsman with a stylish drive, leading to his debut for West Indies on the 1966 Tour of England.

After Joe Solomon retired from Tests in 1966, Holford appeared to be the obvious choice to replace him and started well in his first Test against England in 1966 at Old Trafford.

He shared a century stand with his cousin (Sir) Garfield Sobers, and then bowled well in tandem with Sobers and Lance Gibbs, frustrating the English with their accurate spin bowling.

Holford’s finest hour on the international stage turned into a family affair in only his second Test, when he shared a record unbroken sixth wicket stand of 274 with Sobers, and West Indies almost snatched an unlikely win in the drawn second Test at Lord’s.

He came to the crease with West Indies in strife on 95 for five, leading by nine, and made an unbeaten 105, which was his only Test hundred.

After his exploits in England, Holford started the 1966-67 Tour of India strongly, scoring 80 in his only innings and taking five wickets in the first Test at Bombay, now Mumbai.

But he suffered a severe bout of pleurisy – inflammation of the tissue between the lungs and ribcage – and the illness kept Holford out of the rest of the tour and seemed to take some of the zest out of his game.

He was never entirely out of the reckoning, however, and bowled so well against the New Zealanders in 1972 that he was being considered for the post of West Indies captain for the tour of England in 1973.

He was not selected for the trip and had to wait until three years later to make his mark again, when he took a match-winning five for 23 against the Indians in the first Test at Kensington Oval.

Holford later became a recruit to Kerry Packer’s controversial World Series Cricket before his playing career came to an end after the 1979 West Indies first-class season.

Holford was a consistently outstanding performer in club matches for his beloved club Spartan well into his 50s after leaving his neighboring alma mater of Harrison College.

After Holford retired from the game, he channeled much of his energy into his career as an agronomist.

Holford leaves to mourn his wife, Marva and son, Marc.