The cream of Caribbean athletic talent will not be in action anytime soon following the shutdown of multiple major sporting events this year - in the region and globally - due to the rapid spread of the novel coronavirus (COVID-19). 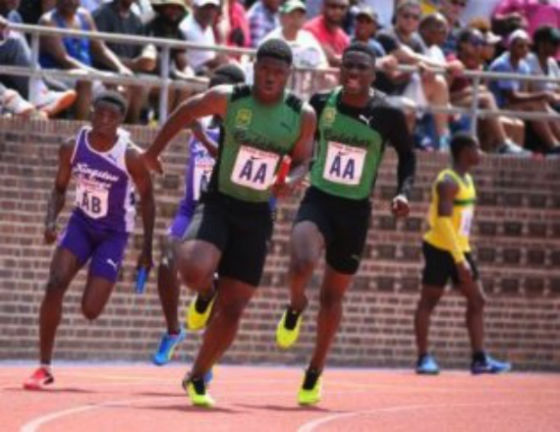 Regional teams have always been a major attraction at “Penns”.The decisions by Caribbean nations followed lockstep with major sporting organizations after the virus, which started in China and has infected hundreds of thousands, hit the U.S. and more than 200 nations worldwide.

Most countries last month suspended their professional and amateur competitions, in disciplines ranging from track and field, cricket and soccer, all hugely popular with Caribbean nationals.

In the Caribbean, competitions were either cancelled outright or suspended until a later date. They included the regional first class cricket tournament, local soccer leagues and track and field meets.

Organizers of the Olympic Games, the largest platform to showcase Caribbean talent, particularly in track and field, was last month suspended until July 23-Aug. 8, 2021 in Japan.

Also hit was the Penn Relays in the U.S., which has attracted thousands of Caribbean school and professional stars - plus a massive fan base - for decades.

At first, Jamaica’s government asked school athletes, a major attraction at the annual meet in Philadelphia, to withdraw.That was followed by Penn Relays’ official announcement on Mar. 16 that the April 23-25 meet, which would have been the 126th staging, was off.

“Based on the current novel coronavirus pandemic, we cannot host an event in late April without putting our participants, spectators, officials, volunteers, and staff at risk,” Dr. M. Grace Calhoun, director of recreation and intercollegiate athletics at the University of Pennsylvania, noted in a press release.

The “Penns" website noted organizers “Will look to host a substitute track meet at later date.”

Also “postponed until further notice” was the 2020 CARIFTA Games, which features the best of Caribbean track and field stars under age 20. The meet was scheduled for April 10-13 in Hamilton, Bermuda.

Several nations had already held trials to select their teams. However, the 2020 edition was called off, with organizers citing the protection of Caribbean athletes and spectators from the coronavirus as the reason.

“This decision was not taken lightly but in the best interest of all stakeholders against the backdrop of the rapidly evolving situation with regard to the COVID-19 across the globe and supported by the World Health Organization declaring a global pandemic, which has led several countries, regardless of size, political ideology or wealth, to close their borders, cease travel and stop mass gatherings,” said Mike Sands, president of the North American, Central American and Caribbean Athletic Association (NACAC), explained in a statement.

Meanwhile, Jamaica cancelled its annual ISSA Boys and Girls Championships for high schools. Known as “Champs”, it is possibly the biggest track and field meets of its kind in the world. The 2020 edition was scheduled for late March. The government last month locked down schools across Jamaica.

Track and field wasn’t the only sport disrupted.The Caribbean’s first class cricket season, for example, was suspended. Trinidad and Tobago’s two men’s soccer international friendly matches against Canada last month were called off and Jamaica postponed its end-of-March game against Catalonia in Spain in addition to suspending its local premier league.

“This has set us back in a huge way,” said Jamaica Football Federation President Michael Ricketts last month, “but it is a pandemic and it is affecting the entire world.”