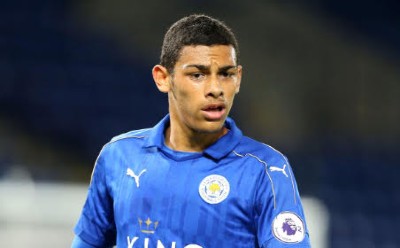 Grenada international Kairo Mitchell.Playing at The Walks in the east England, King’s Lynn, who lie third from bottom, took a shock lead through 23-year-old Mitchell after 16 minutes when the former Leicester youth player went on a solo run and chipped the ball over visiting goalkeeper Ben Killip.

Luke Armstrong equalised in the 37th minute but Michael Gyasi restored the home side’s cushion on the stroke of half-time.

However, King’s Lynn were frustrated again when Rhys Oates found the nets for Hartlepool in the 64th minute.

At Pride Park Stadium in the East Midlands, striker Ivan Toney marked his 25th birthday on Tuesday with his 27th goal of the campaign, but promotion-seeking Brentford let slip a 2-0 interval lead as Derby County hit back to claim a deserved share of the spoils in a 2-2 draw in the English Championship

An eighth-minute penalty from Toney, who is of Jamaican descent, gave the visitors the early advantage after Bryan Mbeumo was brought down by Lee Buchanan.

Brentford doubled their lead with a low shot from Sergi Canos in the 23rd minute, but Lee Gregory got one back in the 47th minute before fellow half-time substitute Louie Sibley fired home a stunning left-foot curler just four minutes from time.

Fourth-placed Brentford, who now trail second-placed Watford by five points, looked on course for a fourth win in five games in their bid for promotion to the Premier League.

But Derby boss Wayne Rooney shook things up with a three-man half-time substitution.

And it paid off as the Rams hit back to earn only their second point in five matches in March, and edge eight points clear of danger.

Derby had previously endured a miserable month, having picked up just one point and drawn four successive blanks in front of goal.

Wilson, 24, who is of Jamaican descent, netted his second goal in as many games to secure Sutton a seventh win in eight unbeaten matches.